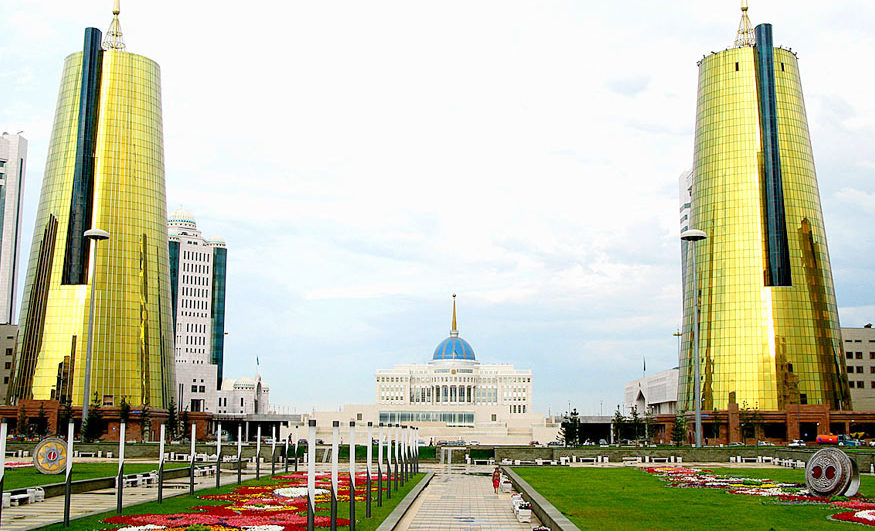 Courtesy of the Government of Kazakhstan

In Kazakhstan, a very unusual event occurred last weekend – an unsanctioned political rally. This is a rarity in the biggest country in Central Asia, with just 19 million people but the ninth-largest in the world by territory – four times the size of France.

The protest, which consisted of half a thousand people in the commercial capital, Almaty, was not directly aimed at the government, which has ruled in one form or another since the Soviet breakup three decades ago.

Still, just the fact that it occurred was remarkable.

The issue concerned a sensitive subject. Whether or not foreigners should be allowed to rent or buy land in the expansive country. Kazakhstan, aside from being a major oil exporter, has immense tracts of underused agricultural land.

A few hundred protesters might to the outsider seem to pose no threat to the authorities.

A local prosecutor asked the leader of the opposition Democratic Party, Zhanbolat Mamai, to call on his supporters to disperse, but he refused.

Officials said the rally had no official permit, and that such gatherings – in any case – were prohibited due to a disastrous COVID situation.

“Land cannot be leased to foreigners; it cannot be sold. Despite the fact that all the authorities are against us, if our demand is not fulfilled, starting from May 15, we will declare a mass hunger strike”, he said.

Some activists say that the existing legal framework is woefully inadequate and does nothing to help local farmers.

He said a 2003 law allowing private land ownership only helped so-called oligarchs and not ordinary people.

“If private property is empty, who is the owner of the land?”, he said. “It will be a bunch of oligarchs. People cheat, and now these sales to foreigners,” he continued.

For a country with an entrenched single-party system, the subject of selling or leasing land to foreigners has proven a volatile issue amid an otherwise staid political environment.

The protesters and their backers demand closing perceived loopholes in the sale or lease of land to foreigners.

It is a rare bone of contention for a country regarded for top-down control.

On Thursday, the upper chamber of parliament, the Senate, made the relatively rare move of returning a major bill to the lower chamber, the Mazhlis. The bill would ban the sale, transfer, development, or lease to foreign entities or Kazakhstan entities where foreigners have majority shares.

The law would also strip the extension of leases by foreign firms. Seven foreign companies control 74,000 thousand hectares of central Kazakhstan farmland. Two more foreign companies in the east of the country control or lease another 18,500 hectares.

But under the proposed draft law, the leases, which were originally extended to 2022-2025, would not be subject to renewal.

“The lease terms after completion will not be extended for a new term, since the draft law being discussed today provides for a complete ban on the provision of land to foreign land users and various joint ventures,” the Ministry of Agriculture said in a statement.

One particular prickly issue is the potential lease or sale of 120,000 hectares of land to a Chinese firm. The firm has promised large-scale reforestation projects but critics are skeptical.

The brouhaha reflects trepidation in 19 million population Kazakhstan with the intentions of 1.3 billion China.

The land issue in Kazakhstan has been controversial for years.

Much of the country is highly arable, but large parts remain underutilised. But the country’s small population leaves critics suspicious of foreign – especially Chinese – objectives.

Complicating the situation is the nature of Kazakhstan’s history.

Kazakhs, unlike their neighbors in Uzbekistan, were historically nomadic, and therefore land rights are perceived differently than in traditionally sedentary countries.

But the lack of a legislative framework is an impediment to the development of agriculture. The government says at least one million hectares of land which could be used lie derelict as a result.

In 2003, Kazakhstan simplified private ownership of land, but this produced few results.

The land issue was also a political hot potato in 2016, when similar protests against foreign ownership took place.

In those protests as well, China was a chief bogeyman.

During the turmoil, the government detained several activists.

Some farmers however believe the ban on the rent of land to foreigners might tarnish Kazakhstan’s investment allure.

“This law yet again shows how little the government understands the inner nuances of the agricultural sector,” farmer Kirill Pavlov told eurasianet.org.