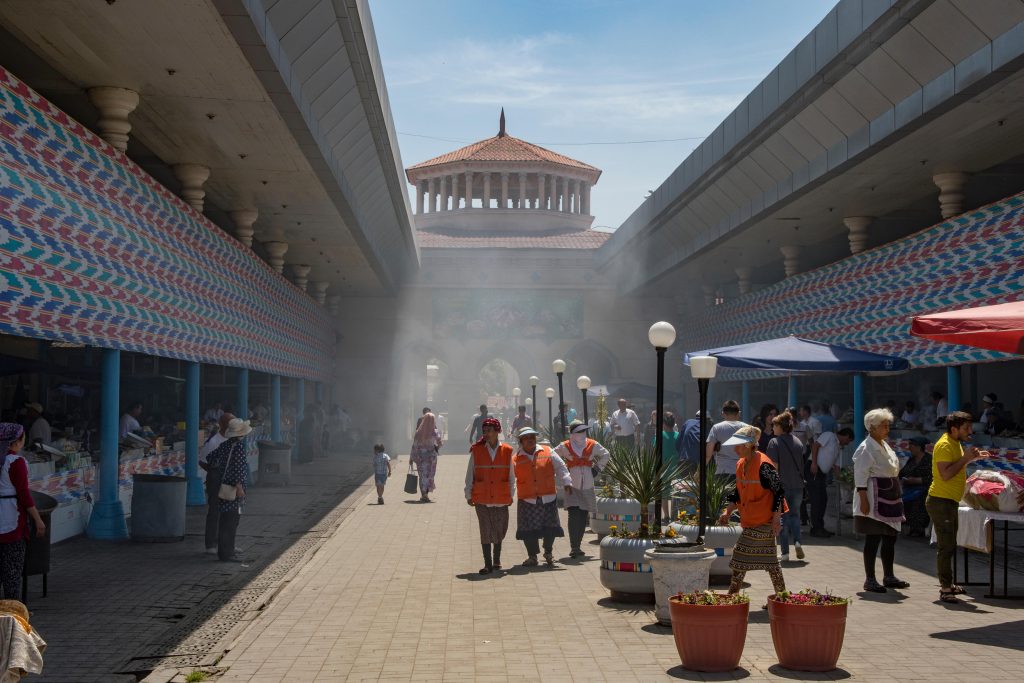 The International Monetary Fund (IMF) expects Uzbekistan’s economy to grow by 3-4 percent in 2022, down from its earlier projection of 6 percent due to downside risks stemming particularly from a possible further escalation of the war and the sanctions regime, and a renewed flare-up of the pandemic.

The Central Asian country’s economy started to recover in late-2020 and gained momentum in 2021, with growth accelerating to 7.4 percent. Global food and commodity price pressures added to inflation, but with a relatively tight monetary policy stance, inflation fell to 10 percent by end-2021.

Just as it appeared that Uzbekistan had moved past the acute phase of the pandemic, the war in Ukraine and the sanctions imposed on Russia have brought new uncertainty and weigh on Uzbekistan’s outlook. Russia is a key trading partner and a large source of remittances and financing, including for the energy and mining sectors.

“Uzbekistan could also be adversely affected by slower growth in its other key trading partners, including China, Turkey, and Kazakhstan, and further volatility in commodity prices,” the Fund said in a statement.

The IMF said that lower remittances and financing from Russia, and to a lesser extent a reduction in trade, due also to further supply chain disruptions, were projected to reduce consumption and investment. The current account deficit is projected to widen to about 9.5 percent of gross domestic product (GDP), with lower remittances partly offset by lower imports and higher commodity export receipts. Inflation is expected to remain elevated this year, at close to 12 percent, due to surges in international food and fuel prices.

“Notably, there remains a need to streamline public administration, and further improve public investment management and the efficiency of health and education spending, while better-attuning education programs to required skill sets,” it said.

According to the IMF, creating an environment for strong private-led and job-rich growth is crucial to absorb a rapidly growing labour force and a possible influx of returning migrant workers.

“Financing of growth will need to shift away from government and SOE borrowing to private investment, and new jobs will need to come especially from small and medium-sized private enterprises,” the Fund said.

The IMF has also stressed that the role of the state in the economy needs to be substantially reduced.

“Ensuring continued macro-economic stability and accelerating structural reforms in the years ahead will be key to growth reverting to its medium-term trend of 5–6 percent per year,” the Fund said. “This would allow the authorities to achieve their goal of Uzbekistan becoming an upper-middle-income country by 2030, with incomes exceeding the equivalent of $4,000 per capita, and to halve the poverty rate.”