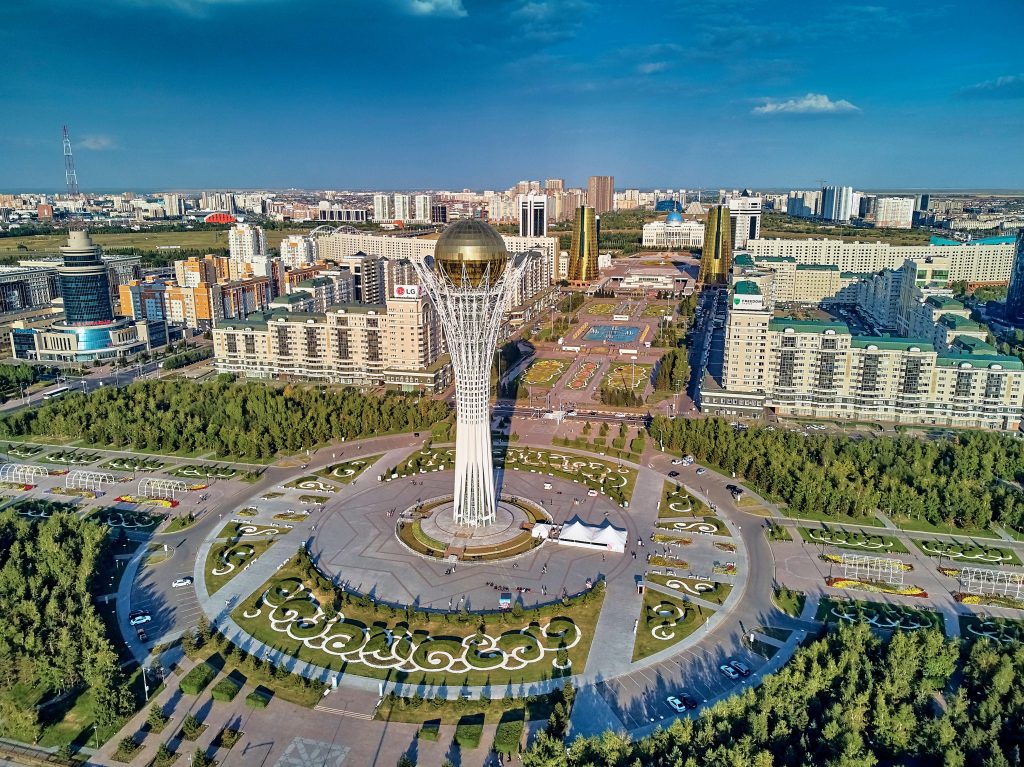 Kazakhstan has revised its state budget for this year and based it on an average oil price of $90 per barrel, up from a previous estimation of $60.

The state budget revenues are now projected at 10.2 trillion tenge ($23 billion), 955 billion more than in a previous projection. Expenditures are set at 18.8 trillion tenge, 2.7 trillion tenge up from a version that has been adopted in December last year, Vlast news agency reported.

Annual inflation is projected in a range of 8-10 percent this year.

Kazakhstan’s economy expanded by 4.4 percent in the first quarter of this year backed by a real sector growth after a slowdown in January caused by political instability in the Central Asian country.

From January to March, growth in the real sector amounted to 5.9 percent, business activity in the service sector increased to 2.8 percent. Transport and warehousing, construction, mining, trade, water supply, information and communications, manufacturing, and agriculture have also demonstrated positive growth. In January-February economic growth was 3.5 percent.

Kazakhstan faced economic problems amid domestic political turmoil at the beginning of the year and later due to the impact of the war in Ukraine as Russia which had been sanctioned by the Western countries because of its aggression is one of Kazakhstan’s main trade partners.

In March, the government and the central bank have prepared an anti-crisis plan to mitigate the negative impact on the country’s economy stemming from the Russia-Ukraine conflict amid the sharp devaluation of the national currency. A set of anti-crisis measures is aimed at supporting financial stability after the country’s national currency tenge lost its value and began to trade at around 500 tenge per one U.S. dollar. It’s now trading at around 450 per dollar.

The action plan includes measures aimed at maintaining inflation control and stability in the foreign exchange market, supporting employment and the creation of new jobs, and developing entrepreneurship.

Kazakhstan’s economy started a recovery last year and expanded by 4 percent backed by a growth in the real sector after the contraction of 2.6 percent in 2020. The country’s priority oil sector has been demonstrating lower than projected figures last year amid the OPEC+ oil production restrictions.

The country’s government has projected its GDP growth at 3.9 percent in 2022.

The agency said that a strong fiscal position, significant external reserves, and a favourable situation in the oil market were credit rating supporting factors. At the same time, the availability of liquid external assets significantly supports the fiscal sustainability of Kazakhstan. S&P projects Kazakhstan’s economy to grow by 3.6 percent in 2022 and by an average of around 4 percent by 2025.