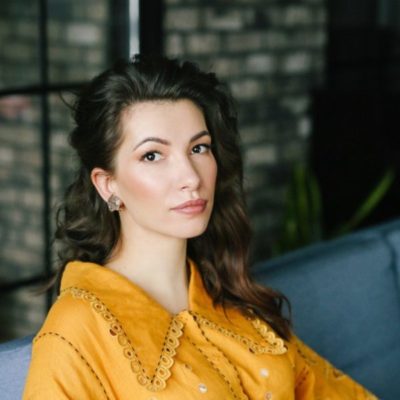 Based in:  Minsk, Belarus

Education: The Belarusian State University of Informatics and Radio electronics

While studying at the Belarusian State University of Informatics and Radio electronics, Luba simultaneously worked in roles such as project manager and QA engineer. After graduation in 2009, she worked at Viaden, a software development company, under the tutelage of the famous Belarusian businessman and investor, Viktor Prokopenya. She stayed at Viaden for three years alongside tech entrepreneur Yuri Gurski and specifically worked on fitness and gambling apps, she didn’t enjoy the gambling app, but she loved devoting her time to the fitness app. At Viaden they were one of the first companies to develop a fitness app. The main thing she took away from her time at Viaden was to think ambitiously and broadly. Luba left Viaden because she decided she couldn’t learn anything else in Minsk and wanted to be her own boss and have more freedom in creating and developing apps.

In 2013 Luba co-founded Red Rock Apps with Igor Yudin, a programmer, and Natalya Bakhar, a marketer. This company later became known as Verv in 2018. She chose the old English word Verve, which translates as “energy” or “liveliness” as she felt it worked better for the app which she was trying to market in the English-speaking world. Luba describes Verv as the ‘Netflix of fitness’ and her mission with the company is to make sure that every customer feels happy and healthy.

The company grew from zero to one hundred employees in seven years. At first, Verv worked in the market of paid apps, then free apps with ads, then finally they switched to subscriptions. When they launched the app in 2013, they were competing against big established brands such as Nike. To begin with they released a product with good features and hoped that their audience would grow organically. However today the fitness app market is very overcrowded, and a huge number of companies seem to copy products without understanding what is ‘under the hood’.

To stand out in today’s market Verv has had to expand beyond just being a running app to also becoming a healthy lifestyle app. They talked with experts and understood that a healthy lifestyle consists of four basic components: activity, proper nutrition, healthy sleep, and mental health. Therefore, Verv released a meditation and sleep app. It added music and a virtual coach, who talks to you in a different style, from soft encouragement to military-style. Verv’s app is suitable for different ages, genders, and temperaments. No other apps do this.

By 2018 Verv was reaching 60 million users worldwide and the company made $30 million in annual revenue that same year.

Verv now contains a lot of different content in one application, but it is personalised for each user. Luba wants loyal customers who will use Verv for years. But user preferences are changing, if the weather is good, the customers want to run, and if the weather is bad then they want to do a workout at home, therefore the app is always evolving. Luba thinks the fitness industry will take it a step further thanks to AI. She believes that fitness apps will be adjusting to all-important health indicators in real-time within the next few years.

When starting a business, Luba stressed that finding the right team is the most important component. Luba and her two co-founders support each other, and each has their own area of interest and expertise, which led to the early success of Verv. Luba was surprised how stressful it was to be a CEO, but she soon discovered that mediation and taking time out to spend with family was crucial for her personally and therefore also Verv’s success. While talking about juggling family and business, Luba, who has two young children of her own, emphasises to lead by design, not default, take responsibility for your life, prioritise yourself, and accept that it is fine to make mistakes and fail sometimes.

Diversity is important at Verv and 40 percent of employees are female. Luba feels it is important to have a strong female presence in her company as she wants to create an empathetic and understanding product specifically tailored for women. Transparency, business education, and personal development are all important aspects of Luba’s business. For example, she encourages her staff to study psychology to not only understand the customer more but to help with their own mental health.

Luba was included in Leta Capital’s top 100 Russian-speaking women founders of IT companies. The list is compiled based on the principle that the company has at least one Russian-speaking woman in a managerial position or as part of the founding team.

Recently in the news

Invested in the Belarusian-based start-up VOCHI, a video editing app.

“I think it’s a very winning strategy to have multiple founders. I know that there are accelerators who look at how many founders a company has and do not want to invest if it is one person. Why? Because they know how hard it is. There are times when motivation drops. If you have a partner, it’s easier for you to get through these times.”