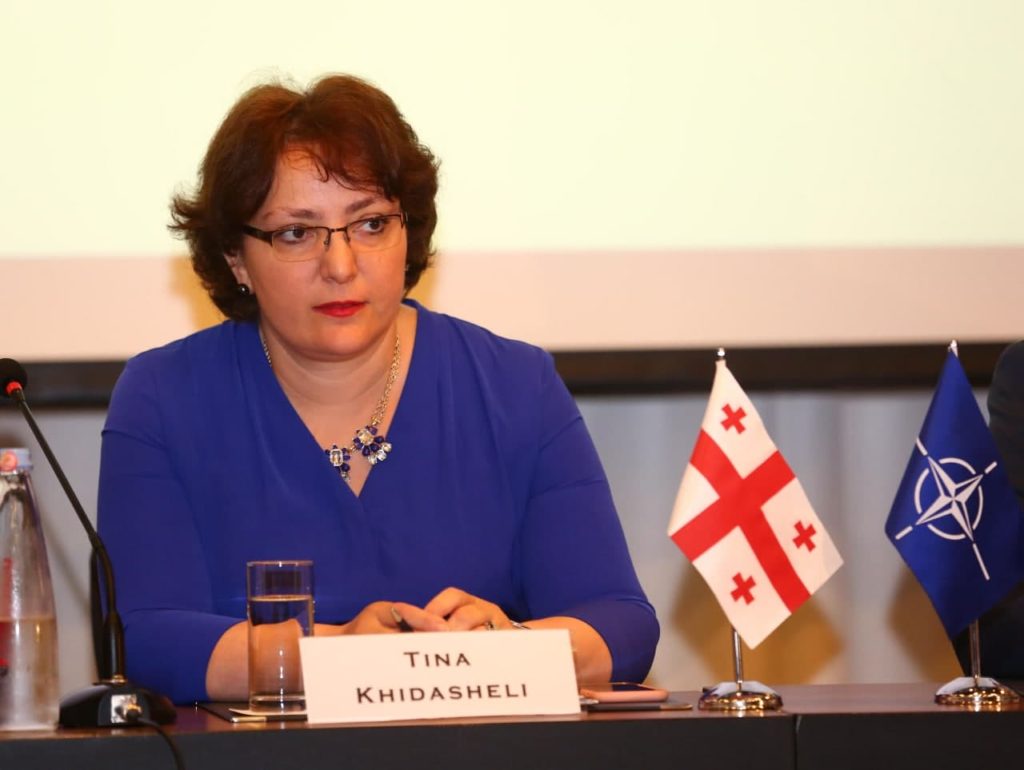 The Georgian government is afraid to use the word “crisis.” Why do they insist there is no crisis? Why do they seek and find the new words for naming something that is so simple, and lies on the surface?

It took EU President Charles Michel, a politician who presides over the meetings of all 27 member states, several hours in Georgia, to discover that this neighbor of the European Union is in such a deep crisis, that it is beyond simple friendly advice in private meetings. He decided to sit the Georgian politicians down personally at the negotiating table.

There is much to lament in this. We have been playing at statehood for 30 years now, and yet still remain in the domain of civic confrontation so acute, that it requires externally mediated and facilitated talks patterned after those in the Middle East.

Just to sit at the same negotiating table.

A man stands at the helm of the government now, who encouraged punishing little boys for their words, and who still considers this a palatable course of action.

This is something that amuses and moves him. More so, he is trying to don the mantle of “victim” in this immoral drama. He is afraid, because he thinks that if he loses power, he will lose his liberty along with it.

Yet despite all this, he refuses to recognize that the crisis exists – and perhaps – even convinces himself that it does not. Since he does not admit to it, he cannot fathom what tomorrow would look like, or what actions he might want – or need – to take.

A government like this is dangerous internally, and it can’t serve as a partner externally.

Georgia entered the 1990s with the so-called “Baker formula” (after U.S. State Secretary James Baker who was trying to resolve differences between the government of Eduard Shevardnadze and his opponents).

We are still there 30 years later: Standing calmly and uncompromisingly in front of the abyss.

If there was one person in the Georgian government with minimal knowledge or experience of governing, that person would know that crises are a normal phenomenon.

I would even argue, the crisis is a natural and at times even desirable process. We shall not fear it, we shall embrace it as a challenge, as an opportunity to push the boundaries of what was considered normal.

Crisis calls for extraordinary decisions and actions that may bring progress, give new breath to the country. Herein perhaps lies our opportunity.

But the government, it turns out, has neither the capacity, nor the education to solve the crisis. And neither – it turns out – is it willing to do so.

Yet, it is during crises that nations give birth to new ideas and new leaders.

A crisis is a tragedy only when and if the country, the nation is not capable of giving birth to the next big idea, and of giving way to the new leaders that embody it.

So perhaps, the crux of the problem is not the crisis, but the nation’s inability to produce change?

When does the consensus fail to emerge, and the actors fail to re-start the process? That is when the political elite – all of it – is tragically impaired.

We must appreciate the opposition’s ability to stand together, which they – unexpectedly for many – have shown during this present crisis.

But we must also recall that this unity is only an instrument for achieving a concrete result. Whenever one tries to go beyond that narrow purpose, the unity vanishes – because there is no objective ground for it.

It seems that the lack of unity is not only an inter-party phenomenon, but also plagues the parties from within. We could see these signs of mistrust clearly during the mediation.

While speaking ad nauseam about unity, the opposition parties could not even come up with common and stable negotiators. Thus, former Georgian Ambassador to the EU Salome Samadasvhili has been followed by minders and street activists from her own ruling party bloc, while former Foreign Minister and Parliament Chair, David Bakradze, had his own, super-confrontational minder.

When the country is hungry for the new ideas and the new leaders, the misunderstood notions of unity act as a break on a critically important process of renewal. This cannot continue.

I have not sat in that room, but I have sat in many a room when the principal actors were the same. The underlying spirit remains: “consensus,” “compromise,” and “cohabitation”.

This terminology denotes – for Georgians – something foreign and deplorable in the rule book of Georgian politics. The sole goal at the negotiating table is to come out looking more uncompromising than your political foe.

I can see with absolute clarity, that for the large majority of the participants [of the mediation process] the main objective is to slip in a sharp word at the appropriate moment, in an effort to exert maximum damage.

Blaming each other most astutely for the past nine years of trouble was a source of pleasure and achievement, which most strived for and which – apparently – they succeeded at.

Another former chair of the Parliament, Irakli Kobakhidze, has given a particularly poignant example of such scornful sharpness during the press conference when he thought the mediation was over, and he did not have to play the game anymore.

This man is the head of the ruling party. The party, which considers snap elections as an evil incarnate. And, a normal situation. Honesty demands  every previous leader of Georgia to understood things in precisely the same manner.

The good news is that Georgia won’t fall victim to this crisis. The state will persist and stay on the world map for centuries to come.

Perhaps we might even learn how to make wine even better, and our national dance ensemble will, probably, be just as impressive. Borjomi [mineral water] will also spring eternal. Didn’t one orator name in 1989 [Georgia’s first President, Zviad Gamsakhurdia], during one of the rallies that sacred triad – wine, dance and Borjomi – as things that will save the country?!

What will never happen though, is that a country like this will never join NATO, nor the European Union, because it lacks the most important thing – political maturity, an aspiration towards security and the pursuit of happiness for its citizens. Such a country cannot be reliable, and it cannot serve as a partner.

Who is to blame? The response is banal – everyone is.

But first of all, those politicians that consider it possible to offer to pay a price of 2 kilos of potatoes for a vote, and those people who are willing to sell their vote for that price. Is it really surprising then, that someone who bought your vote for that price becomes a minister who “demands two corpses” of his enemies, or will say that “crime is doing well,” or things that “Taliban is a good person”? Or that the minister of health is afraid of getting publicly vaccinated?

One good man, a friend of mine, used to repeat “this is how your motherland is, kid, there is no salvation, no salvation.”

Perhaps, even when the future looks bleak, we should make that salvation possible: me, you, all of us together. There is only one solution, one, big idea, that can be created by new leaders. The nation should be able to birth it.

Tinatin Khidasheli is a founder of the Civic Initiative for Democratic and Euro-Atlantic Choice (Civic IDEA), Tbilisi-based non-governmental organization. Khidasheli, one of the former leaders of Georgia’s Republican Party, served as the country’s defence minister in 2015-16. This Opinion piece was first published at the Civic IDEA site – www.civicidea.ge on March 19.

DISCLAIMER: The views expressed here are those of the author and do not reflect the official policy or position of The Tribune.