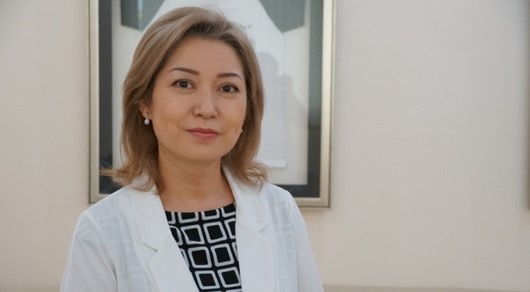 The Tribune strives to adopt a neutral position in its news coverage at all times. In our opinion pages, we encourage external contributors to express their views. These views are the authors’; they do not necessarily reflect the views of The Tribune.

Ms Akhmetova has spent the major part of her more than two-decades-long career within the Ministry of Justice of Kazakhstan, including working on foreign litigation and arbitration, thereby gaining a unique perspective on the experience of Kazakhstan in improving the way it tackles investor dispute resolution and reforming its prevention mechanisms.

Since declaring independence in 1991, Kazakhstan has implemented reforms to liberalise its economy and attract foreign investment. As a result, the world’s largest landlocked country is now home to the largest economy in Central Asia and a very favourable investment environment, placing 25th in the 2020 World Bank’s Ease of Doing Business ranking. In the same ranking, Kazakhstan was recognised as the 4th best country for contract enforcement, the 7th best for protecting minority investors, and the 22nd best place for starting a new business, showing the vast and growing potential Kazakh market for investors. As the country becomes more connected with its neighbours and better integrated into the global economy, opportunities for businesses and investors in Kazakhstan will only increase.

Kazakhstan’s focus on improving investor dispute resolution and prevention mechanisms has been an essential element of this success. A great deal has been done in recent years. Many countries around the world, especially those that have passed through similar transitions from other non-capitalist economic systems in their recent history, can draw useful lessons from Kazakhstan’s experience.

Since achieving independence three decades ago, Kazakhstan has come a long way in terms of investor dispute resolution, having 23 resolved or pending cases, with none having been filed since October 2018. Of 19 completed cases, 10 were won by Kazakhstan, two were settled pre-award, and seven were awarded to the other side. Of those 7, Kazakhstan has decided or paid the award in all cases but one – the Stati case – where Kazakhstan is actively challenging enforcement post-annulment due to the fraudulent conduct of the opposing party with regards to the underlying transactions, the arbitration, and the post-award proceedings.

The Justice Ministry is Kazakhstan’s legal representative in international disputes and arbitrations. We have developed a strong legislative base of reforms designed to attract more investors and improve interaction with existing foreign investors by enhancing their protection through a proper advance and use of dispute resolution mechanisms. In 2015, we adopted a new arbitration law and the Entrepreneurship Code, which has emerged as the main law regulating the attraction and protection of foreign investment by offering investors the protection of their rights and several attractive privileges. For example, according to the Code, the state guarantees contracts between investors and state bodies. It compensates for damages arising out of any illegal actions of state officials.

Equally important for improving dispute resolution have been the institutional reforms of recent years. Specialised divisions and departments comprised of officials with excellent international higher education and professional credentials have been created to represent the country in domestic and international litigation and arbitration proceedings. A key focus of these departments is to evaluate potential claims to attempt an amicable settlement before the matter goes to a formal judicial process. We have seen numerous successes of disputes being settled out of court in recent years.

Finally, a third crucial element in terms of improving dispute resolution has been our focus on cultural changes within our Ministry and beyond, including always trying to reach an amicable out of court solution with foreign investors at all stages – before, during and even after arbitration. Furthermore, the Ministry is deeply committed to the constant professional development of its staff by holding in partnership with international law firms and foreign universities a large number of seminars, lectures, and other educational events for its employees and other state agencies. We have also been promoting legal services on a pro-bono basis by attorneys and legal consultants to people who cannot afford professional legal support.

Beyond all these legal, institutional, and cultural reforms, perhaps the key insight from Kazakhstan’s experience in improving dispute resolution is that all actions by the state in this field must be guided by the overarching principle of the rule of law. Defending the rule of law means taking measures to ensure a fair and transparent legal climate for foreign investors; it also means protecting the legal rights of the investor as well as the rights of the state. International organisations such as the World Bank have been key guides and partners in the journey that Kazakhstan has embarked on since its independence.

We look forward to continuing this path towards further improvements and reforms. We hope that other countries on a similar trajectory to that of Kazakhstan and which are guided by the same overarching principle of the rule of law can acknowledge and learn from our experience.