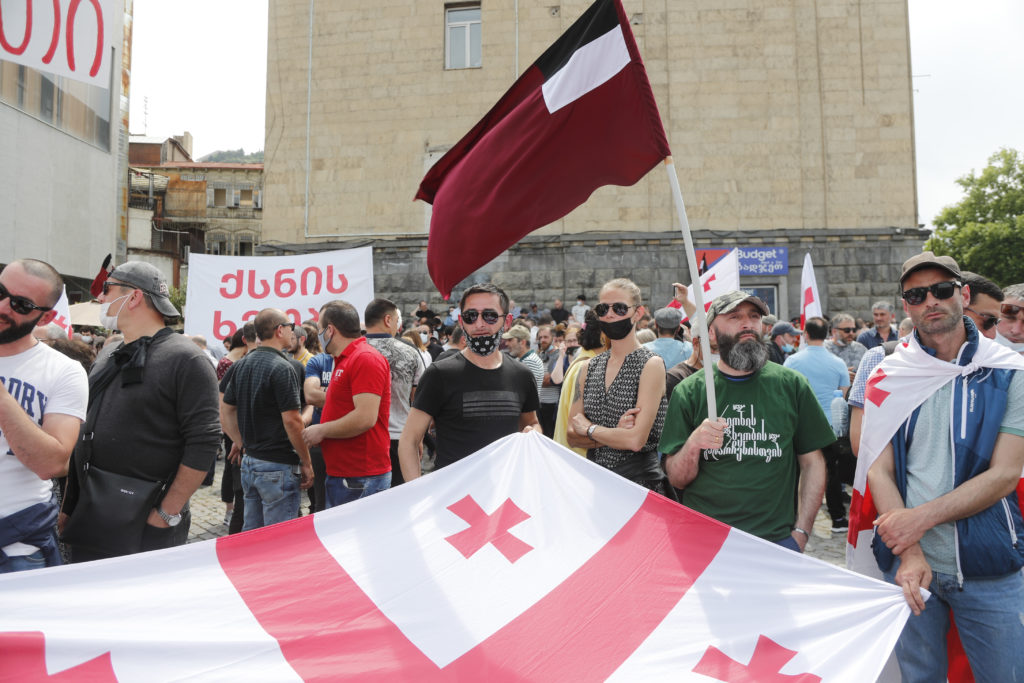 Organisers of the protest in Georgia against a controversial $800 million hydroelectric project decided to complete rallies in the capital Tbilisi on Wednesday and return to the western part of the country, where the Namakhvani hydro-enterprise is planned.

Several thousand protesters had been rallying in Georgia’s capital since Sunday, demanding the government fully halt the project. Protests had been disrupting traffic routes in the city centre.

“We have the moral authority and obligation to stand together in the Rioni Valley and not let the company destroy our valley,” Varlam Goletiani, one of the protest leaders, told the rally, adding that protesters would get back to the construction site as “the frontline was drawn there.”

He said that the final demonstration in the capital would be held on Wednesday and organisers had no plans to disrupt May 26 Independence Day celebrations planned in the capital not far from the place, where the protest was taking place during the last three days.

The government has already agreed to suspend any major work on the massive undertaking pending a review, though the project organisers have said major environmental and social impact studies were completed long ago.

Protest activists, many of whom were little known until recently, have cited what they say are seismic and other natural disaster risks.

The project is provisionally planned to include two dams on the iconic Rioni river, with a potential capacity of over 400 MW.

Georgia was hit by drastic power cuts during the early 1990s and even in the capital, many consumers were lucky to get two hours a day of electricity.

But in recent years hydropower in the mountainous country snaked by rivers has made the country a net energy exporter, and rates by kilowatt-hour are some of the lowest in the world.

The Namakhvani dual-dam project attracted little attention when launched more than five years ago. Protests began much later. The project, the biggest in the history of post-Soviet Georgia, is slated for the Rioni river, an iconic waterway fed by high mountain glaciers. The protests have been centred around the central city of Kutaisi, the historic capital of the Kingdom of Colchis, and according to some ruminations, the mythical land where Jason and the Argonauts pursued the Golden Fleece.

The late awakening, long after the project’s inception, has become fodder for conspiracy theories. Among them is that Turkey, the major foreign investor in Georgia, is attempting a “Muslim” takeover of the predominantly Christian Orthodox country.

The project, originally a 50-50 investment by Turkey’s ENKA and Norway’s Clean Energy, later was renegotiated and is now a 90 percent ENKA endeavour, with the Norwegian firm having 10 percent.

Conspiracy theories abound in Georgian media and chat circles, also including that Russia, with which Georgia has had no diplomatic relations since their 2008 war, was financing the sudden wave of protests in order to destablise the already shaky foundations of Georgia.

Georgia has long officially embraced closer relations with the EU and NATO, which has greatly angered Moscow.