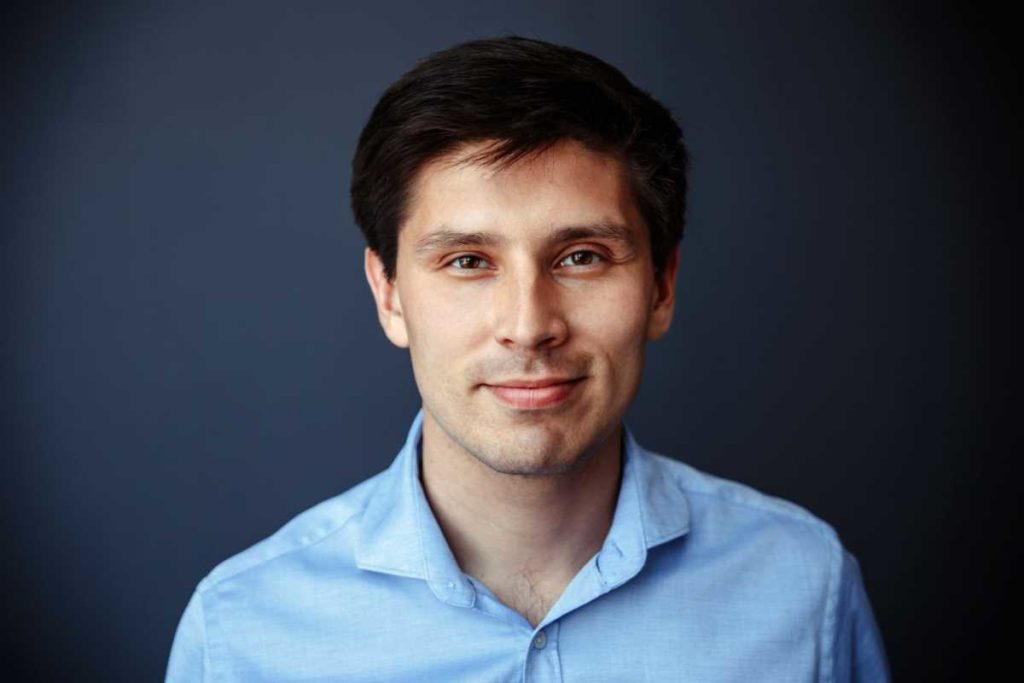 Education: Financial University under the Government of the Russian Federation, Moscow

Ramil Mukhoryapov’s company, Chocofamily Holding, is celebrating its 10th anniversary this year. Once a small start-up, Chocofamily is now one of Kazakhstan’s largest e-commerce companies, owning eight different brands in the food, health, and travel industries.

Mukhoryapov was born in Almaty, the son of a doctor and a businessman. His entrepreneurial skills were developed from a young age when he sold apples and newspapers on the street with his brother. While studying finance in Moscow, he became fascinated by the lives of entrepreneurs and read interviews with them in the Russian business newspaper Vedomosti – the foundation, he says, of much of his business education.. He gained inspiration for starting his own business from reading biographies of entrepreneurs such as Howard Schultz of Starbucks, Sam Walton of Walmart, and Steve Jobs.

In his second year of university, when he was 19, he started his first business, a club for student parties and in his fourth year he began another company engaged in advertising placements at universities.

In October 2010, when Mukhoryapov and Nikolai Maznetsov went bowling, they chose a place where they could get a 90 percent discount with the Russian Biglion coupon service. The next day, Mukhoryapov proposed to his friend to transplant this business model to Kazakhstan. In January 2011, a team was assembled to develop the Chocolife.me coupon website with a starting capital of $105,000 raised from family and friends.

At university, Mukhoryapov met not only his wife, but also four of his friends who are now his business partners, including Anvar Bakiev , the co-founder of Chocolife.me.

By the end of 2011, Mukhoryapov was back in Kazakhstan. His company’s turnover hit $1 million and Chocolife.me was operating in four cities: Almaty, Astana, Karaganda and Aktobe. In 2012, Mukhoryapov and his team launched Lensmark.kz, a contact lens delivery service, and Chocomart, an online hypermarket.

In 2013,  Mukhoryapov’s company secured a $400,000 investment from the Kazakhstani company DEMUS Capital. This injection of cash allowed for the addition of Chocofood.kz, a food delivery service, and Chocotravel, a website selling plane and train tickets. By 2014, the company had grown to 150 employees.

In June 2017, Chocofamily Holding acquired a 40 percent stake in iDoctor.kz, a service enabling patients to find the doctor they need. Chocofood then launched its own delivery service in Almaty and Astana. In 2018, a merger of Chocotravel and Aviata took place and later that year the Rakhmet project, a cashback app, was launched.

Quarantine did not slow down Mukhoryapov as in 2020 he launched a new project – “Ryadom”, a food delivery service which works through the Rakhmet app and guarantees delivery in 15 minutes.

Despite the rapid growth and success of his company, Mukhoryapov has also experienced setbacks. In autumn 2021, Mukhoryapov planned to open another venture, Choco-loan, which failed due to technical reasons. Choco-loan was to provide users of the Choco ecosystem with a credit limit through one window at once in several second-tier banks or microfinance organisations. The largest financial loss the company ever endured was $1.5 million.

Mukhoryapov has plans to link all Chocofamily services into one superapp called Choco. It is hoped that this application will contain a single loyalty system, a single bonus, and a single subscription.

In the first 10 years of Chocofamily’s existence, Mukhoryapov thwarted any encroachment from competitors in Kazakhstan, including those from large international corporations. In the next 10 years, he wants to expand Chocofamily internationally under the slogan “Kazakhs conquer the world”.

Mukhoryapov draws attention to the fact that the structure of Chocofamily was built on the principle of meritocracy from the outset. “We try to be open to criticism even from the youngest specialists. Often they point out to us (managers) some problems with their fresh eyes and offer solutions that are the most innovative.” Chocofamily employees receive stock options, so each employee can also be a co-owner of the company with a share in it. This provides incentives for employees and rewards their hard work, creating a motivating atmosphere inside the office.

Although he acknowledges his initial notion of becoming a businessman was to make money, Mukhoryapov is now motivated to succeed in business in order to change the world. He wants to change the relationship between companies and employees and the service industry in Kazakhstan and to create new possibilities in economics. He believes that businesspeople are the engineers of the world.

2014 – “Person of the Year”, Members of the Association of Kazakhstani Internet Business and Mobile Commerce