OPINION
- Azerbaijan
Shahla Ismayilova: We must fight for women’s rights 365 days a year 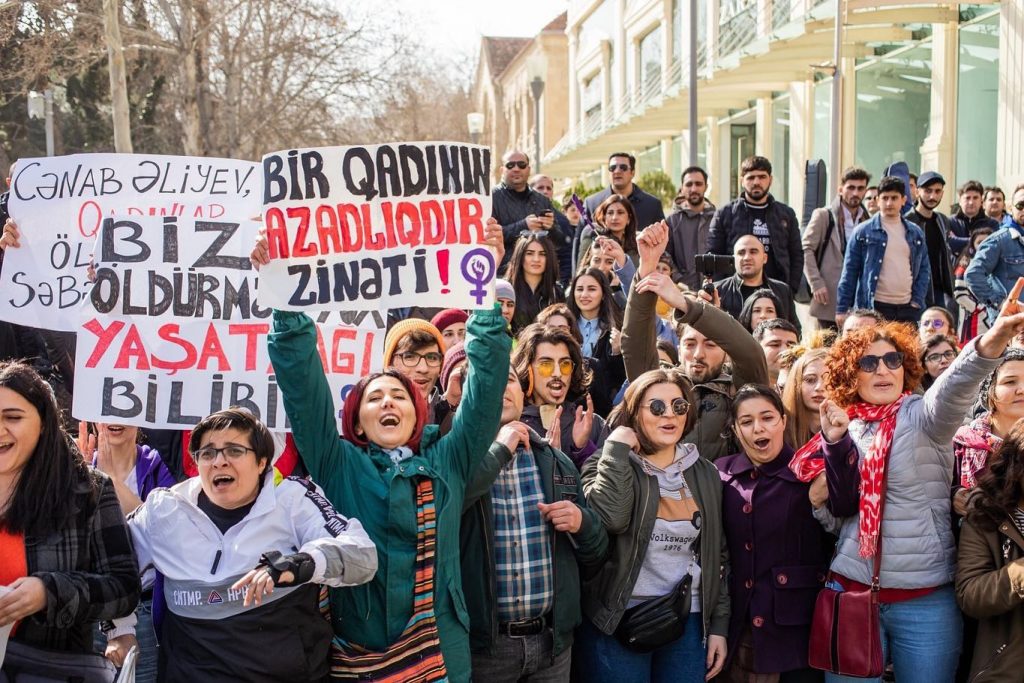 On International Women’s Day on March 8, Shahla Ismayilova, chairwoman of the Women’s Association for Rational Development, speaks about the status of women’s rights in Azerbaijan, and women’s role in society, public and political life. She made the comments in an interview with Astna.biz.

The Women’s Association for Rational Development (WARD) is a Baku-based NGO created to contribute to the development of Azerbaijan through women’s empowerment and equal participation. It was registered by the Ministry of Justice in 2005.

Have there been any positive changes for women’s rights in Azerbaijan in recent years?

“There have been some positive changes, but this does not mean dramatic changes.

With issues such as early marriages, for example, our indicators are better than in previous years, which is gratifying. But serious problems remain, and we cannot talk about serious progress in the field of women’s rights just yet.”

Ismayilova says the bigger progress had been made in the way women’s rights were being discussed.

“Society itself understands the existence of problems in the field of women’s rights and has a more tolerant and more conscious approach to it.

Ten to 15 years ago, the Azerbaijani government completely denied or had a very soft approach to some issues of women’s rights… We had to spend many years trying to convince the government that serious measures were needed in this area. Today this is no longer the case.

Last year Azerbaijan adopted the National Action Plans on a number of complex issues. We have the Domestic Violence Act, passed in 2010. In addition, in February last year, a national action plan was adopted that includes a comprehensive approach to sex-selective abortion. (Azerbaijan has one of the worst ranking in the world for the number of abortions performed on female foetuses.) The need for an integrated approach to at least these two issues has already been recognized at national and at state level… These were necessary steps to bring the situation of women’s rights to a more positive level that should be appreciated.

We still have a long way to go. We needed such policies. Now the main task is to make their implementation as good as possible.”

We are in 2021, and yet we are still struggling with problems such as sex-selective abortion, early marriage, and  the exclusion of girls from the education system. What is the reason for this? Is it a lack of education? A question of mentality? Or the influence of religious factors?

“We must talk about these problems in the form of a common vision of women’s rights.

What is the cause of these problems? First of all, it is a lack of enlightenment. Education on these issues should be given not only to adults, but to everyone, girls and boys, men and women, from a very early age, not only in school, but also at preschool age.

We must fight gender stereotypes, prejudices that call into question a fair approach, in our mentality, national and moral values.

Moreover, we have a religious factor that sets us back to some extent.  Distorted forms of religious arguments, unfortunately, are more accessible to society, which result in very ignorant approaches to some issues. We must defeat them with both religious and legal arguments. We need a very deep enlightenment to break these stereotypes.

Another problem is general illiteracy. An educated person, a cultured person inevitably has a different approach to universal human rights and universal values. A more positive approach. Unfortunately, with the decline of education, we see the opposite.”

Let’s talk about the role of women in society. Why are women not so active in government bodies, departments, parliament, as well as in civil society and political parties?  What’s stopping this?

“Women have always been more active in their lives, at the family and community levels. To reach higher levels, barriers related to women’s issues need to be removed so that they can participate in government bodies, departments, parliament and politics in general.

Today, even if an Azerbaijani woman wants to work in her usual profession, she must first deal with her own household…  Let no one say, ‘What is the use of your work to me if there is no dinner, the shirt is not ironed, etc.?’ A woman’s family and everyday problems must be resolved at the first level, so that she can take some steps to support the family at the second level and the family as a whole…

Women have been hindered by the unequal distribution of gender roles in the family for many years and centuries. After these roles have changed, it will be possible to talk about some fundamental change. If men do not interfere with women and do not reduce the burden on women in families, if the responsibilities of every man are not reviewed, if every man is not ready to expand his responsibilities, then there can be no question of any fair approach or barrier-free struggle.”

What is needed for women to occupy the best places in society, to actively participate in the social and political life of the country? What are your suggestions?

Ismayilova says women’s education is key, not just on an academic level, but also in every aspect of life, in particular with reproductive health.

As girls and women receive education and support at the family level, their self-confidence will grow. As they do this, their activity and leadership potential will increase.

Here, the state has a great responsibility. The practice of early marriage must be clearly prevented. There is a very easy way to ensure a person under the age of 18 cannot get married. Prior to obtaining a marriage certificate, the performance of religious marriage ceremonies should be prohibited. There is such an order on paper. But we do not see its application in practice. Mullahs who perform these religious marriage ceremonies must be severely punished. Usually, families do not agree to unite their children without a religious or state marriage. If the religious community is in full solidarity with the state, we will prevent this phenomenon of early marriage. If we don’t allow this, then girls’ chances of getting an education will increase.”