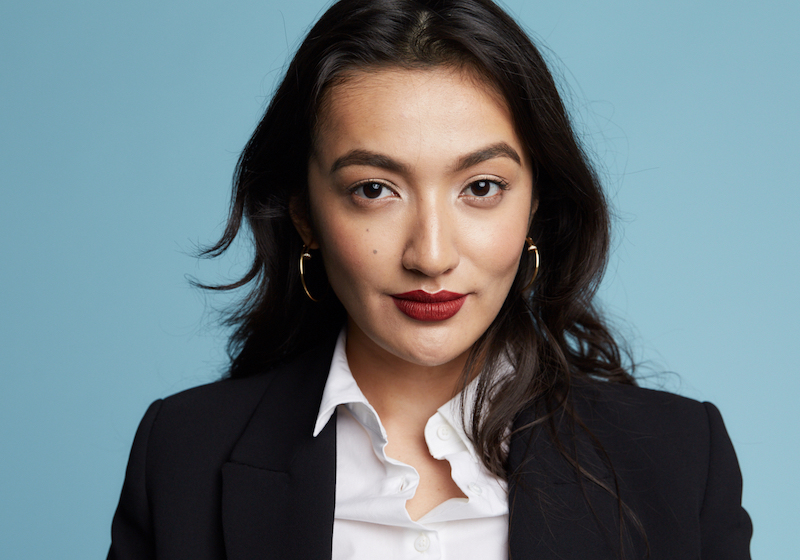 Zaure Rozmat did not grow up in a rich family but the women in her family were always independent and fought against the conservative values that ruled Kazakhstan during the Soviet period. For example, in the 80s her grandmother drove a car, which was unheard of for a woman to do at that time.

Despite growing up in a family that went against the grain, Rozmat still lived in a very conservative city where she was taught by other adults that all girls wanted was to be a wife and a mother. She gave into society’s ways and became married and a mother at 17 years old. As Rozmat reached adulthood she realised married life was not for her, so she got divorced, which society immediately condemned her for. Rozmat believes she achieved a lot precisely because of her divorce – to spite everyone. She recognises that anger is a powerful motivator. When she felt she had proved everything to all the naysayers she finally relaxed and became happy with her life.

Rozmat’s family helped a lot with raising her child, which allowed her to study and work. She decided to study marketing because as a child she loved to watch American films where children would set up their own lemonade or ice cream stands. She studied marketing in Moscow, in Skolkovo, at KIMEP in Almaty, and in Dubai, at an American university. After university, she got a job in an international logistics company, but soon realised that she wanted freedom and to be her own boss.

At 24 years old Rozmat started her first business – Kids Lab. Rozmat found a niche in Kazakhstan in terms of entertainment and childcare, so she began creche in a shopping centre. This was a very successful business as most Kazakh families don’t have a nanny but there are many families who can afford to pay for childcare for an hour or two while they shop or go to the cinema. She worked at Kids Lab for six months before selling her share and moving on to her next business – The Steppe.

The idea for The Steppe, the Kazakh lifestyle bible, began when Rozmat wanted to give her son a safe space to learn about the world without interference from corrupt powers. Zaure began to surf the internet for a trusted source. When her search led to nowhere, she created a new source entirely.

Rozmat wanted to create a media project that was tailored for young people in Kazakhstan. Compared to their parents and grandparents who grew up in the Soviet Union, millennials and gen Z have only known Kazakhstan as an independent state that has seen rapid financial growth powered by ample oil reserves. Currently, 51 percent of Kazakhstan’s population is aged under 29 and many are railing against the ingrained cultural values that have endured despite fast-paced economic transformation.

In a media landscape dominated almost entirely by traditional broadsheets and sensationalist tabloids, The Steppe, founded in 2016, was the first mainstream outlet to provide a place for Kazakhstan’s youth to make their voices heard. Rozmat did not have any experience in media and so set out networking as much as possible to find the right people to begin contributing to The Steppe.

Rozmat’s goal for The Steppe is to focus on education, technology, cultural economics and tourism, while avoiding gossip, tabloids, and clickbait. The Steppe was one of the first media outlets to utilise native advertising in Kazakhstan and has successfully partnered with both Kazakh and international brands. Uber and Microsoft are among those who have worked with The Steppe to create sponsored content.

With a young, female-dominated team, The Steppe has a glossy, aspirational feel. For young Kazakhs who want to create, and make their mark, then The Steppe is there to tell them how to do it, complete with start-up success stories and how-to guides. According to Rozmat, the key to The Steppe’s appeal is giving readers the chance to make their voices heard directly.

From a young age, Rozmat wanted to become the editor-in-chief of Forbes magazine and do something that would impact society in a positive way. In 2019 this childhood dream came true when she was included in Forbes 30 under 30 in Media, marketing, and advertising in Asia.

Rozmat’s future plans include creating projects, such as The Steppe Youth where schoolchildren are given a place to talk about their issues when their parents ignore them. She also wants to help schools give classes on business and media. Rozmat hopes to develop The Steppe more actively in the Asian market, as well as produce articles written in English and in the Kazakh language.

Quote: “Steppe women have always been free and active, but at some point, women began to sit at home while the man earned. This is no longer relevant now, and I think that very soon everything will change.”