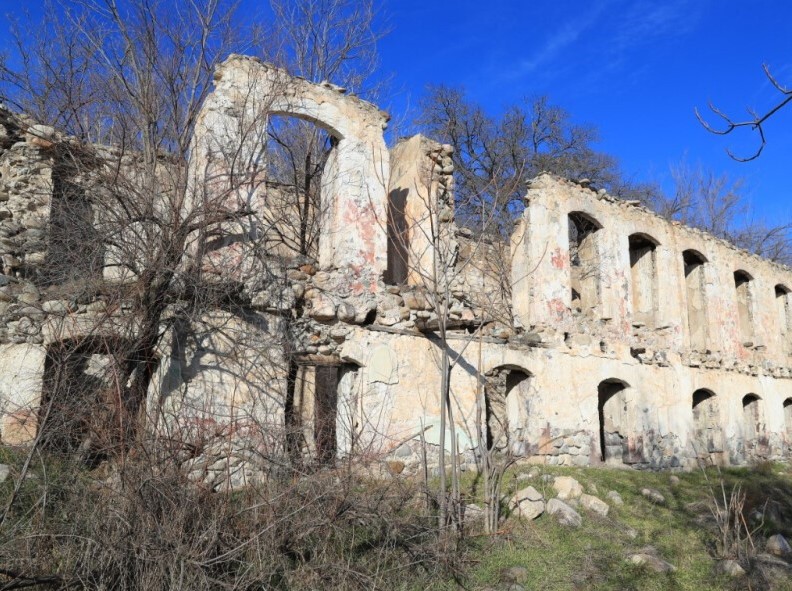 Border skirmishes are escalating along a still hazy border between Armenia and Azerbaijan, despite weeks of promises by the main actors in the region to get the situation under control or present an image of being diplomatically involved.

Azerbaijan’s defence ministry said its positions in its Nakhchivan exclave came under attack again. The region is cut off from the rest of Azerbaijan by a 40-km strip of Armenia. Baku says Armenia is under an armistice obligation to re-open a road, train and trade route closed since 1993. Yerevan has said no to the reopening and objects to the word “corridor” used by Azerbaijan to describe the Zangezur route, insisting it has territorial implications.

A week of clashes along the border, fixed in Soviet times as a border between the two former republics, have not resulted in serious casualties.

The skirmishes, however, have stirred concern about the stability of the late 2020 Moscow-negotiated armistice. During a six-week offensive, Azerbaijan won back districts occupied illegally by Armenian forces since the early 1990s. The Armenians ethnically cleansed the areas of 600,000 Azerbaijanis and left them ruined, looted, strewed with hundreds of thousands of landmines, and largely unliveable.

Both the EU and USA made statements expressing deep concern over the latest developments.

Azerbaijani President Ilham Aliyev made another pilgrimage to Moscow on Tuesday, in what seems to be a revolving diplomatic door in Moscow as well as Baku and Yerevan – Russian, EU, and US officials all passing through the turnstiles, with no visible concrete results to the latest hostilities.

“I would like to express my gratitude to you for your constant attention to…these important and sensitive issues,” Aliyev said at a meeting with Putin, stressing the two maintain constant contact.  Over the past eight months after the end of military actions, I think…our personal communications plays an important role in stabilising the situation. Putin added more political verbiage. “Of course, one of the most important issues is the question of settlement of the situation in the region. I know…you give this great attention and value, he said. He then noted the need for more compromises, noting that such steps were always the most difficult but needed to “go all the way” for success.

Yet the thorny problem of how to go about formally delimiting the border, re-opening trade routes, or what to do about landmines remains. Armenia has handed over maps detailing where 300,000 mines were planted. But the situation in other districts remains unclear. There are also perhaps hundreds of thousands of unexploded munitions for which, of course, there are no maps. Nor for booby-trapped areas or those where mines were laid haphazardly.

Aliyev’s latest sojourn to Moscow comes just a week after Armenian Prime Minister Nikol Pashinyan – formally he is still in an acting capacity following a landslide win in recent parliamentary elections – made a similar visit to the Kremlin.

European Union high officials have been on their own diplomatic offensive.

EU Council President Charles Michel made his second visit to the countries in just a few months in recent days, a rare follow-up visit. Both Armenian PM Pashinyan and Azerbaijan’s Aliyev feted the senior EU official and expressed a desire for closer ties, though the EU was a non-factor during the 30-year war. Little in the way of specifics came of the visit to the two capitals, though both countries expressed a desire for enhanced ties. Aliyev beamed about the EU becoming a strategic partner in the energy field and his desire to see Azerbaijan become a key natural gas supplier to Europe. This would essentially mean competing with Russia in terms of natural gas exports. A natural gas pipeline reaching Italy was completed at the end of 2020.

The Armenian PM waxed more politically, stressing that Armenia, defeated on the battlefield even as the sporadic clashes continue, had never been closer to the bloc. “I would like to emphasize that the European Union is one of Armenia’s key partners in bringing this ambitious reform agenda to life. Armenia is ready to continue active cooperation with the EU and the EU member states, focusing on implementing institutional reforms, establishing the rule of law, and strengthening democratic institutions’’, Pashinyan said.

Michel’s visit was quickly followed up by another by the EU Special Representative for the region, Toivu Klaar. Klaar expressed “deep concern” over the border clashes in Baku.

A WEEK OF CLASHES MOST SERIOUS IN EIGHT MONTHS

Last week, Azerbaijan’s Foreign Ministry said its troops came under sustained fire from large calibre weapons in the Kalbajar district, which Armenian troops occupied for almost 27 years. Armenia was forced to relinquish the district in November 2020 after its forces were routed by Azerbaijani forces in other long occupied areas of Azerbaijan. Kalbajar is a stunningly beautiful mountain area and was home to 60,000 Azerbaijanis who were forced out. It was one of the subjects of unanimous U.N. Security Council resolutions demanding the Armenians leave, but they ignored the ultimatums.

Armenia said the claims on the part of Azerbaijan were part of a “disinformation campaign”. Its separatist proxies left in what remains of the former Soviet Autonomous District of Azerbaijan’s Nagorno-Karabakh said they had been fired upon in a different area. The separatists cling to only a small portion of the former autonomous district – accessible only via Azerbaijan – and the remaining population is estimated at 25,000-40,000 people. It has little economic potential or prospects and has lived on handouts from Yerevan or the international Armenian diaspora for years. Baku says it has no status and does not exist formally.

Baku said Shusha, Azerbaijan’s “cultural capital” and a historic mountainside city known for producing writers and scholars, and the crown jewel recovered by Azerbaijan after the years of Armenian occupation, came under attack from illegal Armenian armed groups using machine guns and automatic rifles, according to the defence ministry.

LOOMING WARNING OF MORE TO COME

Azerbaijani President Aliyev warned although Baku has already retaken most of the occupied lands, it might have to resort to more force to bring a full conclusion to the war in light of the latest events.

“We should be ready for war at any time,” he said. “But I am getting information that there is more talk that the conflict is not settled. This is a very mistaken and risky path,” he said during a meeting with war veterans in Baku.

NATO member Ankara and Moscow operate a joint “monitoring centre” in the looted, destroyed city of Agdam, which the Armenians systematically dismantled. Turkey was not explicitly mentioned in the formal November 10 armistice, raising speculation that the Kremlin only reluctantly accepted the Turkish NATO presence.

Turkey helped Azerbaijan build its army virtually from scratch over 25 years after losing many districts to the Armenians. And the final six weeks of the war was a total rout, with Azerbaijan using sophisticated “suicide drones” and a deft military strategy to decimate the Armenians. Yerevan is technically a member of the Moscow-led Collective Security Cooperation Organisation (CSTO).

While few analysts believe the ongoing tensions could erupt into a new full-scale war, the lack of a full peace agreement and the failure to establish diplomatic relations are destabilising. They prevent a full-scale peace agreement and the establishment of diplomatic relations. No serious military analyst believes Armenia has any chance of re-occupying the Azerbaijani territories it was forced out of. It is not, therefore, clear what Yerevan’s objectives are. Officials in Yerevan and Baku have for many years privately complained Moscow wants the conflict to continue to maintain its hold over the region through destabilisation.

Armenia PM Pashinyan’s win was attributed to war fatigue, economic ruin, and isolation. The 46-year-old writer and journalist said Armenia had no choice but to seek peace. He long argued Armenia had no chance of holding the devastated lands and accused detractors, who never volunteered to fight, of hypocrisy.

Since Pashinyan won elections in 2018 during a “velvet revolution”, several high-level military officers have been arrested for massive corruption, down to hoarding stashed army rations meant for front-line, mostly young soldiers.

There have also been arrests of previously considered “untouchable” businessmen regarded as oligarchs. On Tuesday, the Telegram channel “Armenia Today” said a prominent high-flier, Robert Sukiasyan, was detained, citing a lawyer. His brother, Khachatur, known widely as a gold-chain adorned commercial type as “Grzo”, controls or owns many prominent Armenian businesses.

The Organisation for Security and Co-operation in Europe (OSCE) led a largely ineffective three-decade mediation effort. Still, it was scoffed at for being ineffectual, costly, and in the end, failed to halt hostilities.  Armenia ignored four U.N. Security Council resolutions from the early 1990s to stop occupying Azerbaijani territory and argues it simply had no choice but to implement them by force.