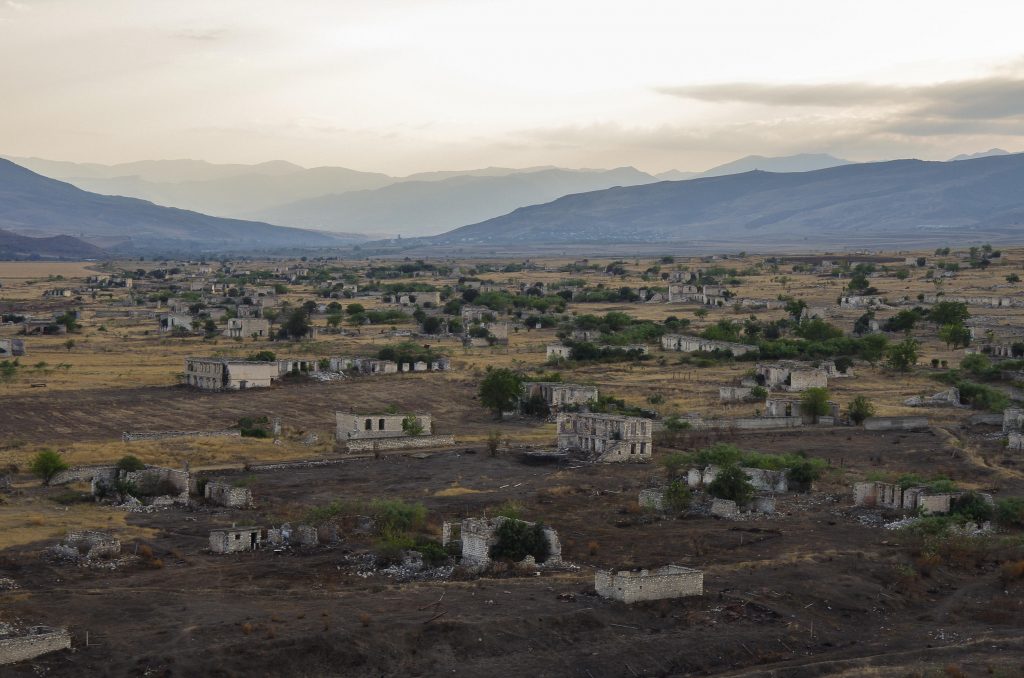 The leaders of Azerbaijan and Armenia, meeting for the third time in less than six months, agreed to proceed with the demarcation of their disputed border and the rapid signature of a peace treaty to end decades of conflict.

Azerbaijan’s Foreign Ministry unequivocally welcomed the agreement clinched after four hours of talks hosted by the European Union in Brussels, emphasising that any agreement would be based on ending all forms of separatism and disbanding what it describes as illegal armed Armenian groups. Armenian Prime Minister Nikol Pashinyan, who faces nationalist opponents at home, seemed less certain, saying the agreement required “clarification and review”.

Analysts said the agreement bode well for rapid progress in clinching a treaty and quelling nationalist sentiment preventing its signature. They also suggested that although the EU sponsored the talks, Russia would maintain play an important role in overseeing a settlement in the region. Officials in Moscow expressed satisfaction at the agreement.

European Council President Charles Michel, who hosted the talks, said all participants “decided all together to launch a concrete process, to prepare a possible peace treaty and to address all necessary elements for such a treaty.

“I am confident that tonight we took an important step in the right direction. It doesn’t mean everything is solved. But it means that we made progress.”

The leaders were meeting more than a year after Azerbaijan, in a six-week offensive, “deoccupied” swathes of land in and around the Karabakh region held by Armenian forces for 30 years — Russia oversaw a cease-fire and dispatched “peacekeepers” to uphold it. The region, focus of the “first” Karabakh war as the Soviet Union was collapsing in the early 1990s, has for a century been legally recognised as part of Azerbaijan while hosting a large ethnic Armenian community.

The region has been jolted by periodic outbreaks of violence, including an incident last month in which Azerbaijani forces moved into part of the Karabakh region – Armenia accused the troops of shooting at residents, while Azerbaijan said it was acting against illegal armed groups.

Aliyev and Pashinyan agreed to move forward on an earlier agreement to form a commission on settling the border issue and asked their foreign ministers to begin work on a treaty.

The foreign ministry in Baku said the outcome of the talks was “yet another important step in upholding the future development of the region in conditions of peace and security and meets Baku’s interests”.

The ministry said the leaders stressed the importance of humanitarian issues and transport infrastructure – a reference to Azerbaijan’s drive to trade build communications links that extend across Armenian territory – mainly the Zangezur corridor linking Azerbaijan with its Nakhchivan exclave. After long opposition to the project, Armenia has agreed to let it proceed.

In Yerevan, Pashinyan told the Armenian parliament the agreement meant that “the principles and issues regarding a peace agreement must be clarified and reviewed upon conclusion of the talks”

Azerbaijan’s proposals, he said, “have nothing unacceptable in them but they do not fully reflect the issues in the peace agenda”, particularly clarification of Karabakh’s status.

The Brussels talks, he added, noted “a deterioration of the security atmosphere in Karabakh but the discussions did not produce agreement in assessing the situation”.

After Azerbaijan restored full control over the area, residents evicted by Armenian forces in the 1990s began returning to their homes and authorities in Baku eliminated any special status and even the name Nagorno-Karabakh, describing the region simply as a district of Azerbaijan. Armenia still hopes to establish some sort of corridor providing a link to the region.

Rasim Musabekov, a member of Azerbaijan’s parliament and a commentator, said a treaty clinched with help from the EU was “important as it would serve as a model to resolve ethnic conflicts, separatist sentiment within the EU and the unacceptability of irridentism. Azerbaijan gets the opportunity to cooperate on the basis of a European legal model which it finds acceptable.”

Musabekov added that EU assistance underscored the inability of the Organisation for Security and Cooperation in Europe to find any sort of solution in three decades of mediation – Azerbaijan opposes any OSCE intervention, while Pashinyan still favours it.

Russian Foreign Minister Sergei Lavrov said on Friday that the United States and France had cited the war in Ukraine in advising that they no longer wished to work with Moscow within the OSCE’s “Minsk group” devoted to tackling differences between Azerbaijan and Armenia. That move largely left powerless any OSCE initiative on the issue.

Analyst Fikret Sadykhov said the importance of Russia in finding a long-term solution should not be underestimated.

“Russia will continue its independent role as an intermediary as it has its interests in the South Caucasus,” he told the Tribune.” It is a partner with Azerbaijan and close links with Armenia, including military links,”

Other commentators said pressure from Armenian nationalists on Pashinyan could not be discounted.

“I cannot rule out hindrances in Armenia,” said commentator Ilgar Velizade. “There are differing points of view in Armenia in terms of a post-conflict settlement and there is pressure on Pashinyan.”