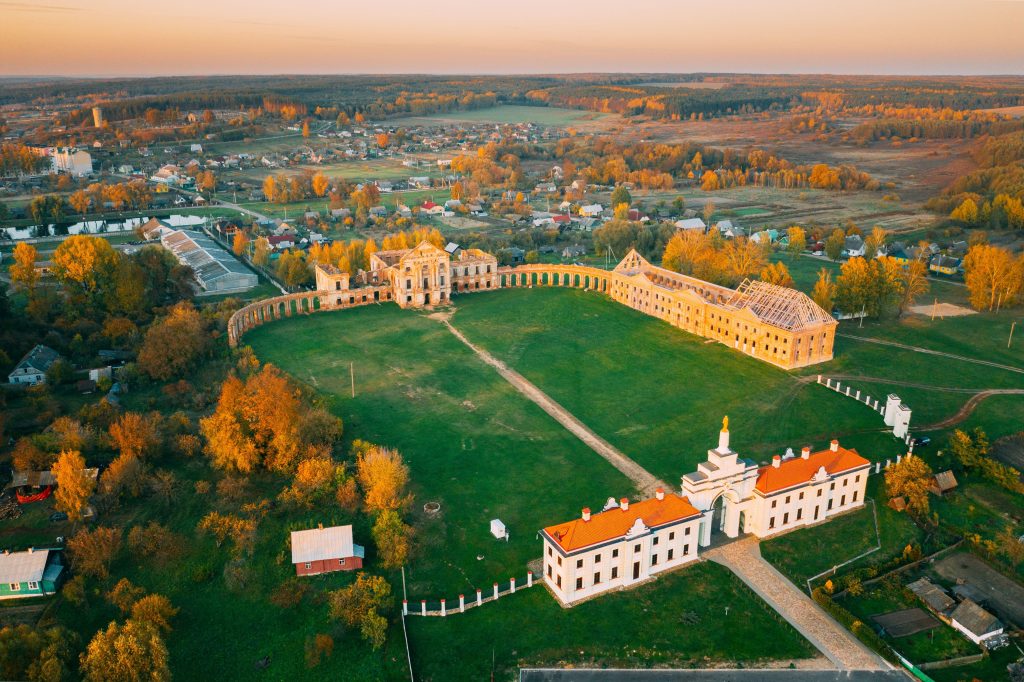 Located in the southwestern part of Belarus, Brest Region has been at the centre of the most significant events in the country’s and continent’s history.

Brest region is one of Belarus’s six administrative regions, with a population of over 1.3 million. The region borders with EU member Poland and its administrative centre, Brest, is the westernmost town in Belarus.

Originally part of the Grand Duchy of Lithuania, Brest region became part of the Russian Empire in 1795. During World War I, Germany took control of part of the region, including it main city, then known as Brest-Litovsk. The city gave its name to the treaty of Brest-Litovsk, signed in 1918 by Russia and the Central powers, effectively ending Russia’s participation in the war and conceding numerous territories. Brest region became part of Poland.

During World War II, Brest region played a central role in the conflict once again. In 1939, it became part of the Soviet Union, following the Soviet Union’s invasion of Poland. In 1941, the region became one of the first areas of the battlefield during the Axis invasion of the Soviet Union. The defence of the Brest Fortress, which stalled German forces for more than a week, is often cited as the first major battle and the remains of the fortress continue to attract tourists.

After World War II, the Soviet Union regained control of the region, as it officially joined the Belorussian Soviet Socialist Republic. In 1991, the Belovezh accords were signed in Brest region, yet again making it at the centre of history. The accords acknowledge the dissolution of the Soviet Union and established the Commonwealth of Independent States (CIS). The region has remained part of Belarus.

Despite a substantial period under Lithuanian and Polish control, the current population of the Republic is predominantly Belarusian and Russian. Due to the historical turmoil, little trace of the indigenous cultures and populations is left in Brest. The main cultural and historical legacy continues to be the role played by the region in the first and second World Wars.

The historical significance, cultural and natural heritage as well as proximity to western Europe make Brest region a very appealing, yet underrated destination. Furthermore, it is also very affordable. A three-course meal for two is estimated at $20 in Brest, while a 7-night stay in the Brest city centre would cost approximately $200.

How to get there: the Brest region has extensive road and rail links with Belarus’s capital, Minsk, approximately 300 kilometres away. Trains run more than 10 times a day between Minsk and Brest, and take three to four hours, costing about $10 for a one-way journey. Trains are also available from Warsaw to Brest, but are less frequent. Travel within Brest region is most convenient by road, with buses operated by local government and private tour companies.

Air travel with Belarus is currently restricted by many European airlines. However, Minsk airport is still accessible via connecting flights through Moscow and St. Petersburg in Russia, or Istanbul in Turkey. Entry through land checkpoints is also temporarily suspended due to the COVID-19 situation.

Time of year to visit: Brest region features a mild European climate, and is therefore easily accessible during both summer and winter months. However, the natural sights of the region are particularly appealing during the summer and autumn months. In July, the warmest month in Brest, temperatures average 25°C, while in winter months it falls just below 0°C in January.

Documents: Citizens of 76 countries, including most of the EU, can access Belarus for up to 30 days if travelling by air. Evidence of sufficient funds, currently set at Br58 or $22 per day must be shown, as well as confirmation of medical insurance with at least €10,000 coverage.

For countries not on the visa-free list, citizens can apply for a visa at the consulate of Belarus in their respective country or a visa can be issued at the Minsk national airport if a consulate is not established.

The administrative centre of Brest region in Belarus’s westernmost town with a population of over 300,000. There are numerous attractions within the city, beyond the Brest Fortress, which are worth visiting. There are numerous museums, offering a glimpse into Brest’s history, culture and geography. Among the most notable are the outdoor railway museum, saved artifacts museum and an archaeological museum. The city features multiple pedestrian streets, such as Sovietskaya and Gogolya streets, that make the exploration of Brest’s landmarks more accessible.

The Brest Fortress is the main point of attraction in the Brest region. The site showcases the city’s and region’s legacy, its impact in World War II, as well as the courage and fortitude of the Red Army soldiers. It is the only fortress, which has been granted a “Hero Fortress” status by the Soviet Union, similar to the “Hero City” status accorded to 12 cities.

Built in 1842 from a distinct red brick, parts of the fortress are preserved to date and are open for visitors to explore. The territory surrounding the fortress also features a modern memorial park, as well as numerous exhibitions depicting the fortress’s history. Tickets to enter the complex are priced under $3.

Brest region is known not only for its historical, but also its natural attractions. The Belovezhskaya Pushcha National Park is a unique national reserve. Part of a larger Belovezh Forest, which Belarus shares with Poland, it is the last remaining primaeval forest on the European Plain. With more than 12,000 animal species, the park features populations of deer, bison and elk scattered across its large territory. Visitors often choose to dedicate several days to the exploration of the park, staying at the main village of Kamieniuki. The wildlands are predominantly accessible by pedestrian and cycling paths and in addition, several routes for electric vehicles have been developed.

The Ruzhani Palace is located in the northern part of the Brest region. It is among the main sites, representing the Polish-Lithuanian legacy in Brest. Built in 1602, it housed the noble Sapieha family for more than two centuries. Despite lying in a ruined state, it nonetheless represents an important historical and cultural period of Brest’s history, and part of the palace is currently being restored to its original state. The Ruzhani palace is easily accessible by car or bus, and would likely constitute a one-day destination.