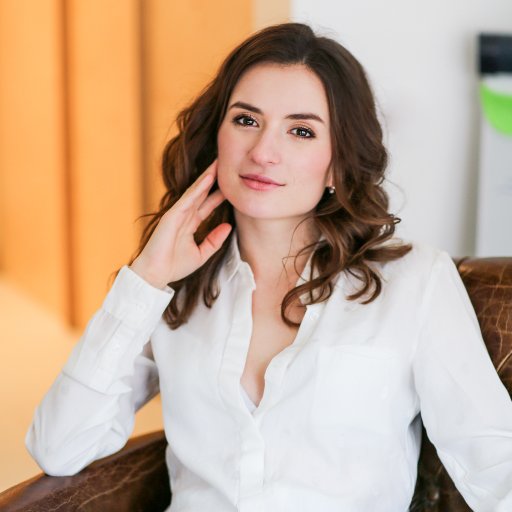 Based in: San Francisco, USA

Daria Rebenok is a prominent Russian entrepreneur. She achieved recognition for her startup – Grabr, which she founded with her husband, Artem. Grabr is a unique platform that connects travellers and shoppers to deliver items from foreign countries unavailable or too expensive locally. At the age of 31, her entrepreneurial journey already featured experiences that take decades for many, from settling in the Silicon Valley and rapidly growing Grabr to fighting for the business’s survival during the pandemic.

The early years of Daria followed a standard Russian pathway. A local state school first, and then attending university education in Moscow following that. After graduating from the Higher School of Economics, Daria entered the corporate world, joining accounting giant Ernst & Young in Moscow. Having been promoted three times over three years, she quickly became bored of the corporate world, leaving EY and moving to San Francisco, together with her husband, who was already developing his first startup.

The passion for travel and the “shopaholic” nature of Daria sparked the idea of Grabr. Daria and Artem frequently reflect on the evening in San Francisco, when they desperately needed a fix of Gazpacho – the type they experienced during their epic travels in Spain, not the Americanised versions. No, the Americans could not get Gazpacho right. Frustrated with their fruitless cold-soup cravings, Daria and Artem developed a platform in the years that followed.

Not a locomotive platform as in the American writer Truman Capote’s “A Ride Through Spain” aboard rickety trains.

A website where honest-to-goodness travellers could even earn money by filling their unused suitcase space to (within customs limits, of course) to buy and ship items to their home countries, thus saving their countryfolk the trouble of flying around the world for those sacred soups, sauces, or other impossible to find necessities.

The empty suitcase space would grow. And grow. Occupying this highly demanded niche, “Grabr” began its rapid growth almost immediately. Over the course of five years, the startup has attracted over $14 million from international investors and procured and delivered over 500,000 items delivered through the platform.

They focused initially on their Motherland, Russia.

But it was not just about striking it rich. Politics and international relations also played a role in Grabr’s success.

For their countrymen hankering for the heydays of French and Italian cheeses, or even Spanish Jamón, Grabr emerged at a perfect time, allowing many Russian travellers to pack their suitcases with the delicacies, as well as purchase and deliver famous brands that were sold in Western countries at a cheaper price.

The entrepreneurial experience of Daria in many ways does not follow that of a conventional young startup founder pathway. While many admit to having multiple failures before their breakthrough venture, Daria developed a successful startup from her very first attempt. Daria’s success was recognized quickly – in 2019 she featured in the International version of Forbes’s 30 under 30 list, an achievement that very few Russian founders attain. This has attracted even greater attention and publicity to Grabr. Nevertheless, while it is mainly Daria who represents Grabr in the public profile, an equal share of success can be attributed to her husband, who has contributed from its beginning, handling the technical management of the platform.

Of course, there are hardly any successful startups without their share of challenges. The Covid-19 pandemic and subsequent travel restrictions imposed by almost every country in the world have had a devastating impact on Grabr’s business model. In 2020, the revenue declined by 95%, all investment negotiations were put on hold and the business was on the verge of closing. Yet Daria and Artem persevered. They attribute their survival to a passion that was ready to work 16-20 hours every day despite not knowing whether they would still be paid. As a result, by the end of 2020 Grabr’s finances became fully self-sufficient for the first time – an exceptional achievement, considering the pandemic being far from over.

As life and travel gradually return to normal, Daria is looking ahead. The ambitious plan to attract more investment, expand to a new mark, and grow the community of suitcase-light travellers are back in play for Grabr. At the same time, the company is also looking to adapt and innovate, trialling new offerings and different types of more locally-oriented marketplaces.

Quote: “Startups are a constant deadline, if you don’t implement an idea today, tomorrow it won’t be needed anymore” (Source: HSE, 2018)