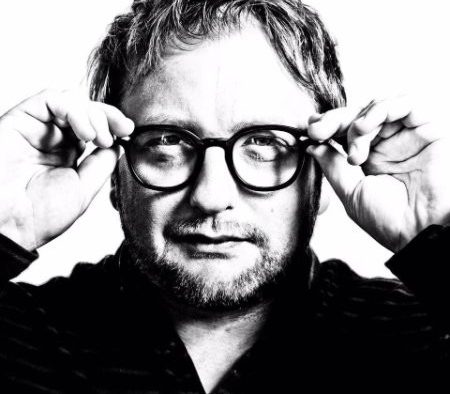 Based in: Limassol, Cyprus

Dmitry Sergeev is a successful serial entrepreneur of Russian origin, who built his most prominent venture, Depositphotos, in Ukraine. Depositphotos is a market leader photobank and marketplace, which provides access to a library with over 200 million files. Having started his journey in 2009, Sergeev faces a new chapter, as Depositphotos has been acquired by an e-commerce giant.

From early years Sergeev knew that his main interest was in entrepreneurship. Having attempted to complete a university degree in political science at first, he decided to drop out after three years in order to focus on entrepreneurial projects. In the beginning, Sergeev was involved in his family business of selling goods to China. This experience was followed by opening a nightclub in his hometown, a venture Sergeev quickly abandoned.

Having moved to Kyiv, Sergeev’s grandmother’s place of origin, Sergeev began working on the internet and digital projects, which would later bring him his greatest success. The first prominent venture Sergeev founded was Depositfiles, a file hosting service, where millions of users exchange terabytes of files through the platform. The website reached the world’s 100 most visited pages in just over 2 years since its foundation in 2005.

However, the first challenges of the Depositfiles venture came when the platform began to be widely used to exchange pirated content. The company could not partner with the biggest players in the industry while it attracted more attention from the authorities. As a result, Sergeev decided to exit from this venture, selling it for approximately $10 million as reported by Ukrainian Forbes.

The intellectual property considerations were what forced Sergeev to exit from Depositfiles, but he saw this as a window of opportunity instead. Not long after the sale, Sergeev founded Depositphotos – a marketplace of content, such as photos, graphics, videos and music. There, users were able to sell their work as well as intellectual rights to this work, allowing internet users in a broad range of professions to develop and use content without infringing on intellectual property.

Since establishing Depositphotos, the business grew and attracted investment very rapidly. In 2012, Sergeev got an acquisition offer from Getty Images, the current market leader in content marketplaces and stock photography. In 2015, Sergeev’s venture attracted $4 million of investment from the European Bank of Reconstruction and Development, EBRD, becoming the first Ukrainian company to do so. In order to achieve global coverage, Sergeev realized the necessity of geographic expansion, maintaining the headquarter of Depositphotos in Ukraine, but opening offices in 6 countries.

Being of Russian origin, but developing his startup in Ukraine, it was inevitable for Sergeev to face consequences from the conflict between Russia and Ukraine. Having spent most of his recent years in the latter, Sergeev feels more passionate about Ukraine, its pro-European direction and most importantly, its IT community. He often emphasises his refusal to relocate the main operations from Ukraine, despite this being a frequent environment of investors approaching Depositphotos. As of today, Sergeev has acquired citizenship in Cyprus but maintains stronger ties with Ukraine, rather than with Russia.

As Sergeev was eager for new challenges, he began developing new ventures within or integrated with Depositphotos. The most successful of these is Crello, an online photo editor, founded in 2017. Reflecting Sergeev’s passion for entrepreneurial competition, Crello aims to challenge Canva, currently the most widely used photo editor app valued at $15 billion.

As of 2021, Depositphotos’ library had over 200 million files, 24 million clients, the revenue of $50 million and 450 employees. Despite the current headquarters being located in New York, Depositphotos is one of the most successful startups established in Ukraine. However, 12 years since founding this company, Dmitry Sergeev proved his nature as a serial entrepreneur, who is unable to stay with the same venture for a long time by announcing on October 27 that Depositphotos would be sold for $85 million to Vistaprint, a global leader in physical and digital marketing products, which is looking to expand its digital offering further.

Quote: “In an entrepreneurial business, ideas often emerge spontaneously. Therefore, I cannot tell you what I will be engaged in future. The main thing here is an impetus. For instance, I have never opened photoshop. Nevertheless, it will not stop me from creating the best photoshop in browser in the world.” (AIN.UA)