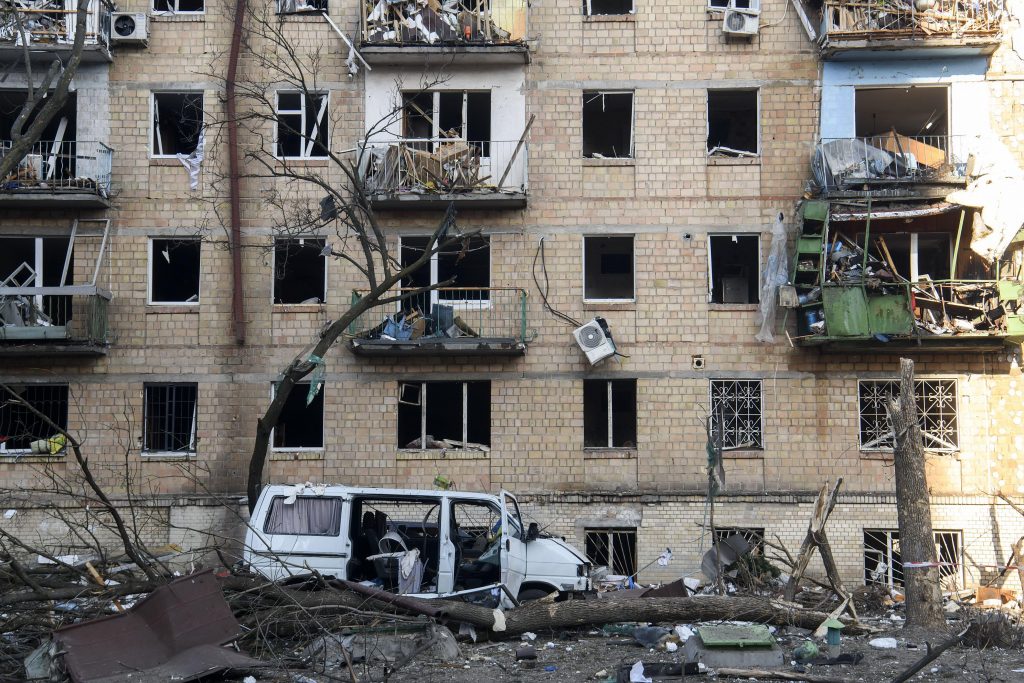 Damage at a residential area after shelling in Kyiv, Ukraine (Alamy)

(Read the full report on ebrd.com)

The European Bank for Reconstruction and Development (EBRD) has downgraded its economic growth forecast for the countries of the region due to Russia’s invasion of Ukraine.

“Growth is expected to decelerate to 1.7 percent in 2022, a downward revision of 2.5 percentage points relative to the forecast made in November 2021, as Russia’s invasion of Ukraine has been having a profound impact on the economies in the EBRD regions as well as globally,” the bank said in its Economic update for the EBRD regions.

The EBRD said that markets had also been reassessing geopolitical risks, leading to pressures on the currencies in the Caucasus, parts of Central Asia – and beyond, as well as higher bond yields and hence borrowing costs.

“Central Asia and the Caucasus may be additionally impacted by restrictions on the convertibility of the Russian rouble and reduced air links between Russia and neighbouring economies which weigh on remittances and trade,” the bank said.

Remittances from Russia amounted to 5 to 30 percent of gross domestic product (GDP)  in Armenia, the Kyrgyz Republic, Tajikistan and Uzbekistan. In addition, Russian tourist spending in Armenia, Cyprus, Estonia, Georgia and Montenegro used to range between 1 and 2 per cent of GDP – in the short term, only part of this deficit is expected to be offset by visitors from elsewhere.

Azerbaijan’s economic growth is projected at 5.0 percent this year and 2.5 percent in 2023.

Georgia’s economy is projected to grow by 2 percent this year and by 4.5 percent in 2023.

The economy is expected to contract by 20.0 percent this year but rebound next year and grow by 23.0 percent.