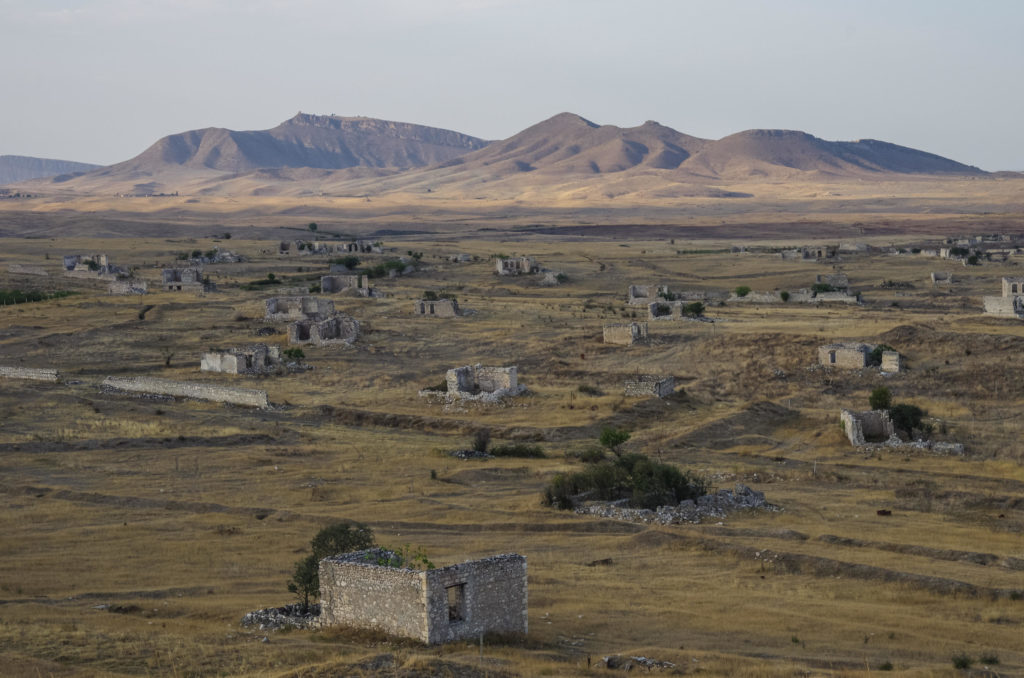 Months of discussion on resolving outstanding differences between Armenia and Azerbaijan have produced a deadlock unlikely to be resolved quickly as the first anniversary approaches of the outbreak of the six-week blitz resumption of their conflict in which Baku rapidly recaptured large swathes of territory lost in the 1990s.

Little common ground has been found on the main issues separating the two ex-Soviet states – principally the restoration of blocked transit routes, now the focal point of attempts to move on from the hostilities which left Armenia badly bruised militarily and diplomatically.

Armenian Prime Minister Nikol Pashinyan – re-elected with a landslide last June despite the crushing military defeat but watchful of nationalists in his own camp — has in the past month made what appeared to be overtures to open new communications links.

But there were caveats.

His rejection of Azerbaijan President Ilham Aliyev’s proposal to reopen the “Zangezur” link, a rail route between Azerbaijan and its exclave of Nakhchivan – passing through Armenian territory — and on to Turkey made the appeals non-starters at the negotiating table.

Erdogan disclosed that Pashinyan had offered to meet him as part of the Armenian prime minister’s proposal to build relations and end more than a century of enmity with the Turkish state. He ruled out any meeting until Pashinyan gave ground on that thorniest of issues – the reopening of Zangezur transit pathway closed since 1993.

“On the one hand, Armenian Prime Minister Nikol Pashinyan says he opposes opening the Zangezur corridor. On the other hand, he says he wants to meet me,” Erdogan told reporters. “This gives pause for reflection. If you want to meet…you have to take certain steps…Opening the the Zangezur corridor would remove a problem in the relations between Azerbaijan and Armenia.”

Pashinyan rejects any notion of reopening the route – and especially any reference to it as a “corridor” that he says implies special international status.

“It is very much in our interest to open up communications as this offers the opportunity to overcome the blockade imposed on us for more than 25 years,” Pashinyan said in a public appeal to visiting Russian Deputy Prime Minister Alexei Overchuk. “It is very important for us to secure rail links at long last with Russia to open new opportunities for developing our economy.”

ARMENIAN “NO” TO CORRIDORS

But Pashinyan, looking over his shoulder at nationalists decrying last year’s “defeat” on the battlefield, made clear he ruled out any reopening of Zangezur.

“Armenia is ready to reopen regional communications with Azerbaijan, but cannot offer a corridor to Nakhchivan…through its own territory,” he said last month. “Armenia has never discussed and will not discuss any questions about the logic of corridors. By making declarations about corridors, Azerbaijan is seeing to destroy the process of opening regional communications.”

Russia oversaw the armistice that ended the hostilities in November last year and maintains “peacekeepers” in the region. After his talks last month, Overchuk acknowledged a lack of progress on the issue.

“We don’t have corridors on the working group agenda,” Overchuk told reporters. “The parties aim to unblock transport and economic ties in the region. Unblocking, building and restoring transport communications will create new opportunities for expanding and increasing trade.”

Azerbaijan’s Aliyev, has shown considerable impatience in recent months with Armenia over the blocked transit routes, slow progress in demarcating the border inherited from Soviet times and efforts to determine the location of land mines left by Armenian forces as they retreated in last year’s fighting.

But Aliyev was restrained, even conciliatory, in trying to persuade Yerevan to agree to the transit route.

“Regional transport projects play an important role in long-term development, providing stability and reducing the risk of war to zero. All countries in the region come out winners from them,” he said. “Azerbaijan would be linked with Nakhchivan and Turkey. And at the same time Russia could open the rail link to Armenia.”

“A new Zangezur transport corridor would link not only Azerbaijan and Turkey but would provide a link between Azerbaijan and Nakhchivan, subject to a blockade for 30 years,” he said. “And, in addition, it would boost transport and trade links with the region as a whole.”

Aliyev has said that the European Union supports the reopening of the Zangezur link – including during lengthy discussions with Charles Michel, President of the European Council, over the course of two visits to the region in recent months.

The armistice, however shaky, remains in place after Azerbaijan’s recapture of large swathes of territory.

Pashinyan has, in contrast, lobbied for progress in ensuring passage along the Lachin corridor – now controlled by Russian peacekeepers – providing a link between Armenia and the territory known as Nagorno-Karabakh under Soviet rule.

Nagorno-Karabakh was the focus of the original war between Armenia and Azerbaijan in the immediate aftermath of the 1991 Soviet collapse – more than 30,000 people were killed.

Populated mainly by ethnic Armenians but part of Soviet Azerbaijan since the 1920s, Armenian forces went far beyond the borders of the territory to seize seven adjacent regions of Azerbaijan. Azeris were ethnically cleansed and towns systematically looted.

It is believed 30,000 Armenians still live in the region, mainly in the region’s administrative centre, Stepanakert. Aliyev has declared the issue closed with the recapture of the territory and has effectively said that Nagorno-Karabakh is a Soviet entity that has ceased to exist.