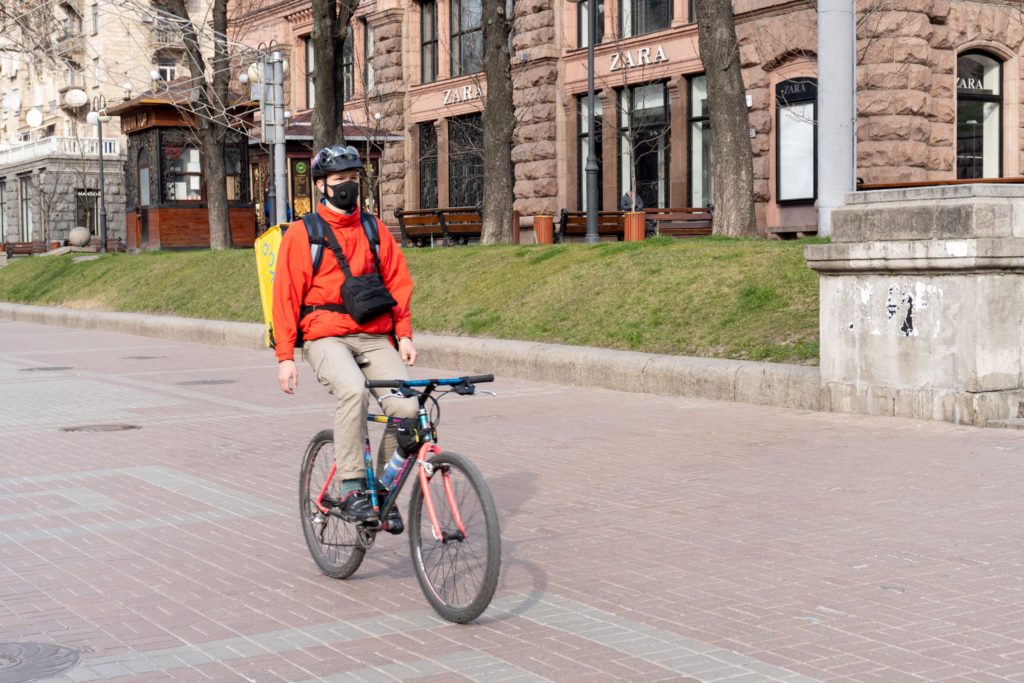 Ukraine’s economy is still in tatters. Negotiations with the International Monetary Fund (IMF) on more financial help for the country of 40 million are hung up over financial management and corruption issues. Kyiv is mired in a war with Moscow-backed separatists in the east of the country.

But one part of Ukraine’s economy is running red hot.

Stolen bikes from the European Union, specifically Germany, are ending up in Ukraine where they are resold, according to an in-depth article by Deutsche Welle.

The business has boomed as bicycles become not just a quaint low-tech way of tooling around smallish European capitals, but a market increasingly being filled with high-tech, high-end models costing in many cases thousands of euros. So much so that most bicycles in Germany are fully insured and are considered a mainstream form of transport, especially in EU markets, where petrol can sell for 3-4 times as much as in the United States, for example. Add to that green energy consciousness.

Ripped-off automobiles from Europe have long found homes in many countries of the former Soviet Union,  as well as insurance write-offs from the United States. These include cars having endured floods or massive structural damage – after crashes which would be too expensive to fix in North America due to labour costs, for instance – and regulations regarding “totalled” autos. Hang around any port in Russia, Georgia, or Ukraine and you will see crash-damaged autos being offloaded. In these countries, labour is much cheaper, mechanics are used to dealing with basket cases that few body repairman in the West would contemplate even attempting to repair.

Bicycles – particularly high-end ones – are now the rage among thieves, and Ukraine is a main destination, DW said.

According to the Federal Criminal Police Office, the thefts of more than 260,000 bicycles, with a total value of almost €200 million ($236 million), were registered in Germany last year.

Everyone DW spoke to complained that the vast majority of secondhand bikes entering Ukraine are stolen. However, they also commented that buyers take little interest in documentation; low price is always the decisive factor. Vakulenko and Umanez, as well as other official dealers in Ukraine, say that in recent years the market for stolen bicycles in Ukraine has clearly shifted toward more expensive models and that there are more and more e-bikes on offer.