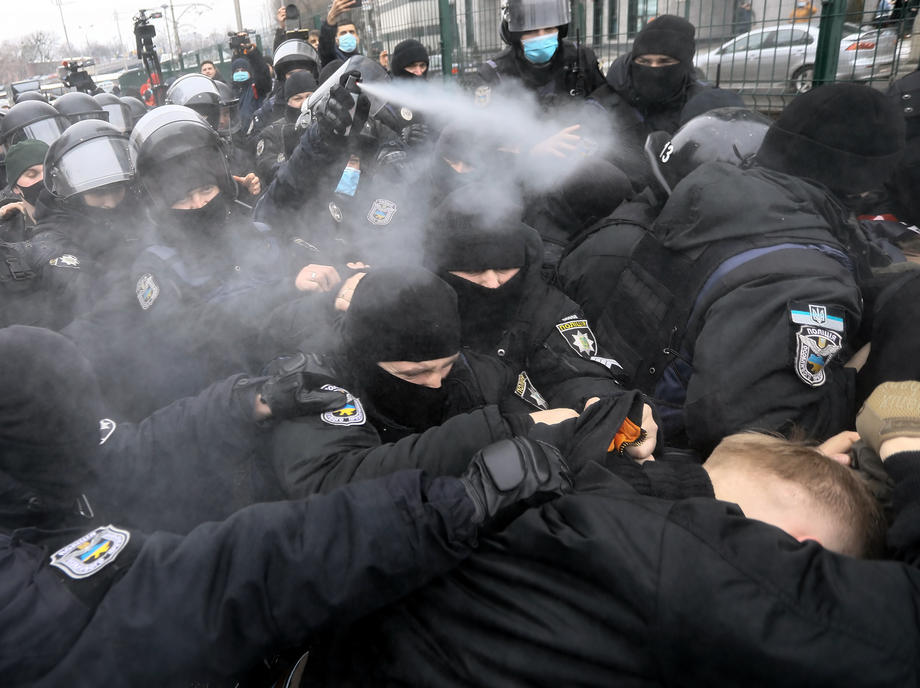 A dubious court verdict, tense street demonstrations, punitive actions against pro-Russian interests – could Ukraine be headed for another bout of instability and unrest?

President Volodymyr Zelensky has entered a critical phase, tackling the problem that has bedevilled Ukraine since independence – entrenching a national identity and working out what to do about Russia and pro-Russian sentiment inside his country. Zelensky, long accused by nationalists of conniving with groups sympathetic to Moscow, has changed tack and taken action against them.

The stakes are high and perhaps getting higher.

Crimea has been in the grip of the Kremlin since the 2014 “Revolution of Dignity” and large swathes of eastern Ukraine are controlled by separatists beholden to Moscow with no solution in sight.

The trigger for the latest uncertainty was a sentence of more than seven years imposed on a nationalist activist on charges of abducting a pro-Russian politician in the port city Odessa – in a trial denounced by nationalists and liberals as unfair, based on shaky evidence.

That brought protesters back onto city streets, brandishing flares and confronting police in riot gear. Activists said the verdict comforted pro-Russian interests intent on blocking the creation of law-based institutions and moving closer to the West. They accused the president of failing to fix a corrupt judicial system as demanded by the International Monetary Fund and Western governments.

“So why is the president being held responsible? Because he assumed that responsibility…by speaking out against full-scale judicial reform,” analyst Serhiy Fursa said on the nv.ua website, referring to Zelensky’s remarks that he did not agree with all IMF demands to secure new credits.

“He came down on the side of the judicial system, accusing the IMF and our Western partners of impinging on Ukraine’s sovereignty.”

Zelensky said nothing about the verdict.

But his action against pro-Russian institutions took analysts by surprise, starting with the shutdown of three television stations linked to Viktor Medvedchuk, a politician and businessman close to Moscow. Russian President Vladimir Putin is godfather to his daughter.

This was followed by measures freezing Medvedchuk’s assets and restricting his trade operations.

What lies behind the president’s change of heart?

Zelensky took office saying the war in the east could be quickly ended “by just stopping the shooting”. Analysts say he now realises he will get no concessions from Moscow.

A steep decline in popularity for him and his Servant of the People party may also have had an effect.

And then there was the change of government in Washington.

Analyst Vitaly Portnikov said Ukraine need not descend into turmoil – as occurred with the 2004 “Orange Revolution” and the 2013-14 “Revolution of Dignity”. But that was up to the president.

“The process of destabilisation will intensify. But that will depend on how effectively the authorities deal with it,” he told Espreso TV. “I believe there is no risk of gatherings on that scale…Further change will depend not only on how society reacts, but on how authorities react in return. If the reaction is appropriate, there will be no mass protest. There will be dialogue.”