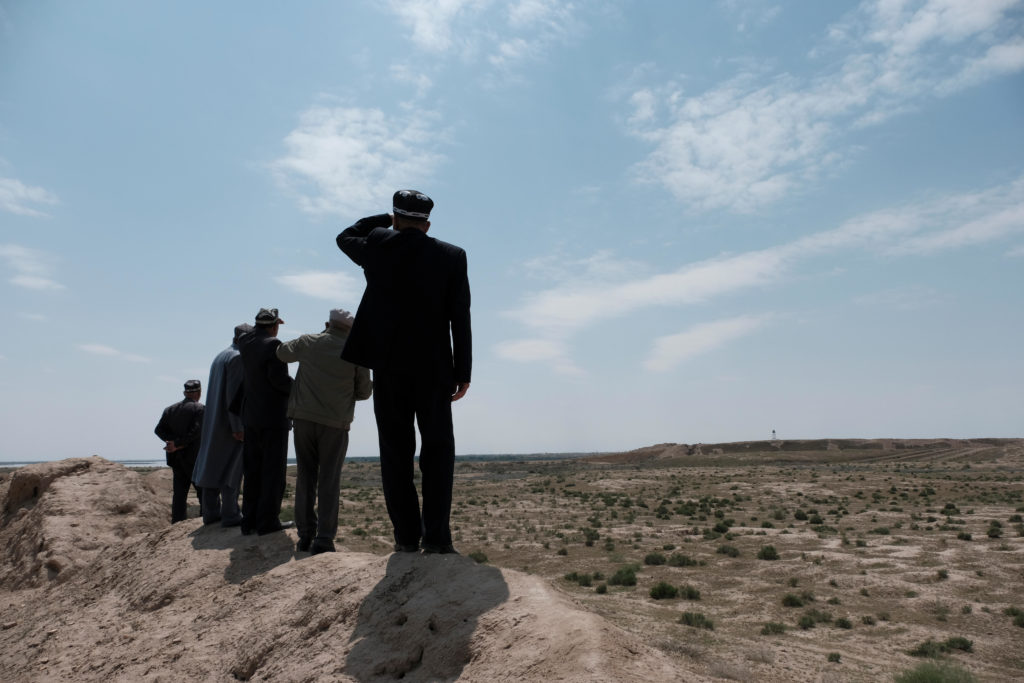 Refugees from Afghanistan continue to flee into neighbouring Uzbekistan. Some of them were armed military deserters swimming the churning Amu Darya River between the two countries or riding makeshift rafts made of old plastic bottles.

The government has given almost no details about their actual numbers in recent days amid a virtual national news blackout on the subject. However, details have trickled in from local news agencies or locals.

“As it turned out, the resourceful Afghans used improvised rafts from empty water bottles from under the water to cross a sufficiently deep river with a fast current, which are capable of holding a solid load on the surface of the water,” the Russian state news agency TASS said, citing sources in the border town of Termez.

The Uzbek government, historically very wary of the spread of radicalism from Afghanistan, offered conflicting reports last week about incidents involving an alleged collision between an Uzbek MiG-29 and a fleeing Afghan military plane.

The Uzbek fighter was scrambled to force a flying flotilla of mostly military deserters to land near Termez. They had requested permission to go further north, but that was denied.

Since then, evidently wanting to avoid more confusion, officials have declined to answer more specific questions.

The Uzbek foreign ministry issued a terse statement, saying illegally attempting to cross the border would be “suppressed harshly.”

There were reports of a few dozen refugees being sent back to Afghanistan.

But most phone calls made to various ministries in recent days were met with the typical reply that they had no information or declined to comment.

The stonewalling is reminiscent of 2001 when officials took days even to acknowledge the U.S. led bombing campaign had begun just over the border.

The new government of President Shavkat Mirziyoyev, who came to power in 2016, has made great strides in opening the country to investments and being more transparent. Still, obviously, the lighting Taliban takeover has tested those limits.

The radio silence reflects the long-standing fears in Central Asia’s by far most populous country of the spread of radical forms of Islam from Afghanistan.

And some Uzbek security officials have, privately, echoed this.

“Every other refugee could be a terrorist. We’re all tense,” a senior intelligence officer told Al Jazeera.

But veteran Central Asia analyst Deirdre Tynan, a senior advisor at PACE Global Strategies who lived in the region for years, told The Tribune the government was almost sure to be following contingency plans.

“The Uzbek government will be watching developments closely, and the security apparatus will be on high alert, but ultimately Tashkent will prioritize normalizing relations with whoever governs Afghanistan so long as Uzbekistan’s borders are respected. There is too much at stake economically not to,”

“However, if the Taliban or other groups they may permit to operate in Afghanistan are seen to pose a direct threat to Uzbek security or the integrity of Uzbekistan’s southern border, the situation could change. But if that scenario does not materialize, the Uzbek government will settle for a contained Afghanistan regardless of who holds power in Kabul. They’ve done this before, and they can do it again,” she added.

A local commentator echoed her words.

The city of Termez, on the banks of the Amu Darya, was the city through which bedraggled, defeated Soviet troops retreated in 1989.

They did so via the somewhat awkwardly named “Bridge of Friendship” between the then USSR and Afghanistan.

The information vacuum has led to rife speculation about the real state of affairs.

But locals in Termez said the situation remained calm. However, an estimated 1,000 refugees from Afghanistan were believed to be held at a camp near the border, many military deserters.

A large component of the calm is that Uzbekistan has been dealing with the instability in Afghanistan for decades. A small but noticeable contingent of refugees from past conflicts live in Termez, where they do mostly manual labour or, for instance, run small food stands.

“I can’t say that currently there is a panic over the situation on the other side of the border,” said one 47-year-old resident.

“People stopped paying attention. They are busy with everyday life. We’ve lived with that over the border for the past 40 years. We’re busy making a living, and university and college exams for our children are coming up, along with the re-opening of schools in September,” said the resident.

Another resident, a 31-year-old public employee, told The Tribune: “We don’t see a sudden influx of Afghans in the city. This is because we already got used to the situation long before. When President Mirziyoyev opened the border with Afghanistan a few years back, Afghans started coming to Termez, some for business and trade, some for better medical treatment.  There were a lot of Afghan young people studying here in Termez. So, they were here before the Taliban took Mazar-i-Sharif” (80 km away in Afghanistan).

The resident said Uzbek trucks continued to travel over the bridge into Afghanistan, perhaps illustrating that the Taliban presence in that area may be spotty.

There were other reports of hundreds of Afghan military types waiting on the Afghan side of the bridge.

Even though many in northern Afghanistan are ethnic Uzbeks or Tajiks, they are generally met with suspicion of being radicalised or involved in drug trafficking.

Uzbekistan officials said they would shut one of the capital’s airports to accept planes only from Kabul and that the flights would immediately proceed to Germany.

They said Berlin had approved the plan.

Uzbekistan is alone among post-Soviet states in not recognising international covenants regarding refugees.

Termez has long been a heavily fortified city dating back decades when the Taliban last ruled.

They were driven out by the U.S. post 9-11 coalition and Northern Alliance anti-Taliban units under the command of warlords Abdul Rashid Dostum, an ethnic Uzbek, and Mohammad Atta, an ethnic Tajik, but suspicion has always been high of more trouble.

Uzbekistan has invested heavily in Afghanistan – unlike almost any other country – and came to terms some time ago that the Taliban were likely to play a major role in any new government.

During a recent international business conference in Tashkent, government and business representatives said that investors should come to terms with their presence in some form rather than hope that the Taliban would be kept at bay.

But the speed of the Taliban sweep and taking of Mazar e Sharif, let alone the capital Kabul, has obviously caught the leadership by surprise.

Uzbekistan companies have invested in Afghanistan’s internet system, roads, and other infrastructure projects.

In February, the biggest project was announced with great fanfare: a $5 billion, 500 km cargo and passenger train route from Uzbekistan, through Afghanistan via Kabul, and on through Pakistan, essentially giving landlocked Uzbekistan an outlet to the Arabian Gulf.

SITUATION IN OTHER BORDER COUNTRIES IS FAR LESS CLEAR

If the situation in Uzbekistan may seem opaque, it is far clearer than in Tajikistan, Uzbekistan’s much poorer neighbour with a border more than 10 times as long as the Uzbek-Afghan frontier.

The government has given almost no cogent information and has little capacity. The rugged country is home to thousands of Russian troops who have fanned out, according to Dushanbe, in an effort to prevent infiltration.

Uzbekistan until recent years mined the border with neighbour Tajikistan due to fears of drug smuggling and the infiltration of militants from Afghanistan.

But there was no information about whether Afghan refugees were crossing into Tajikistan along the long, rugged frontier.