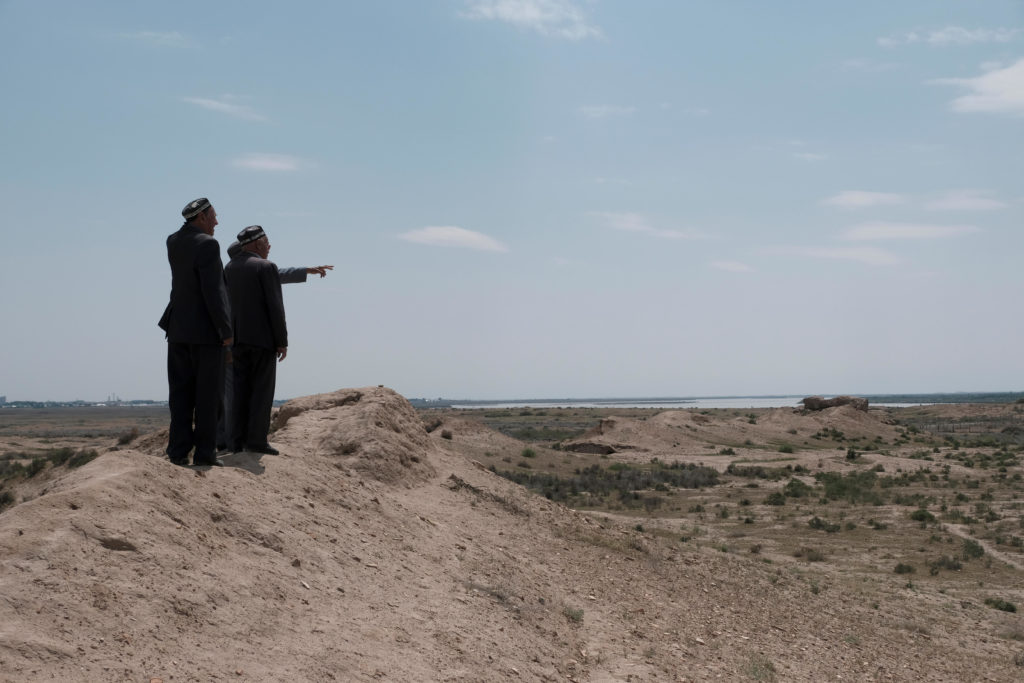 Uzbekistan faced a rush of Afghanis fleeing their homeland over the past two days as the Taliban overran the country.

24 Afghan military helicopters and 22 military craft planes fled Afghanistan, flying into Uzbek airspace. The mass of aircraft requested permission to land further north at the major Khanabad airbase in the city of Karshi.

Instead, they were ordered to turn back south and land in the border city of Termez, on the Amu Darya River dividing the countries. The Uzbek airforce scrambled two MiG-29 fighter planes to intercept and escort them to Termez.

In recent days, that incident and several others set off alarm bells in Tashkent over the sudden deterioration in the situation and a reluctance to let Afghani military absconders into Uzbekistan.

It went on to say a total of 585 “armed” Afghan military personnel were aboard the 46 craft, which were forced to land over 14-15 August. It added they were being charged with illegally crossing the Uzbekistan border.

In general, however, state news outlets were characteristically brief on information regarding the overall situation.

Witnesses said Uzbek military vehicles had blocked the “Friendship Bridge” – a road and rail link between Uzbekistan and Afghanistan put up during Soviet days.

Ironically, the last Soviet troops left Afghanistan via the bridge in 1987.

This was done after dozens of Afghani government troops gathered on the other side. Most of them disbursed without incident, the government said.

Another 84 Afghans, it said, were detained after crossing into Uzbekistan illegally. However, it was not entirely clear if they had crossed via the fairly narrow Amu Darya by water, over the bridge, or by other means.

Government officials said that a “heightened regime” had been introduced in Termez, the border town on the Uzbek side, as well as the larger district around it.

One local official called for calm, saying “there was no reason for alarm”. A “Special Operations Headquarters” had been established, he added.

Termez has long been a heavily fortified city dating back to the rule of the Taliban before late 2001, with the Uzbek government and locals wary of radicals crossing or drug trafficking. They were driven out by the U.S. post 9-11 coalition and Northern Alliance anti-Taliban units under the command of warlords Abdul Rashid Dostum, an ethnic Uzbek, and Mohammad Atta, an ethnic Tajik.

On August 16, the country’s defence ministry said that its anti-aircraft defence system had prevented another “attempt to enter the airspace” of Uzbekistan illegally. It did not say whether an Afghan aircraft had been shot down or merely deterred the craft from crossing into Uzbek airspace.

The Taliban periodically controlled parts of the northern border regions with Uzbekistan, Tajikistan until the U.S. led coalition drove them out.

Uzbekistan at that time, still run by late President Islam Karimov and his authoritarian but secular government, had always been deeply concerned about the spread of radicalism into the country of 35 million, by far Central Asia’s most populous.

It sealed off areas within a 50-km radius of the Afghan frontier to all except residents or those with special permits until 2002.

Now the Taliban are back, right on Uzbekistan’s border across the Amu Darya. The last major city in the area, Mazar e Sharif, fell over the weekend.

Uzbekistan’s new government under President Shavkat Mirziyoyev has abandoned the extreme fear of the spread of extremism via the Taliban but is now clearly alarmed.

The new government has also embarked on a path to invest in Afghanistan and encourage Uzbek firms to do so, despite acknowledging for more than a year that the Taliban were probably destined to return to power in some form as part of a coalition or in charge of certain regions.

During a recent international business conference in Tashkent, government and business representatives said that investors should come to terms with their presence in some form rather than hope that the Taliban would be kept at bay.

But the speed of the Taliban sweep and taking of Mazar e Sharif, let alone the capital Kabul, has obviously caught the leadership by surprise.

Uzbekistan companies have been among the few to invest heavily in Afghanistan, including its internet system, roads, and other infrastructure projects.

In February, the biggest project was announced with great fanfare: a $5 billion, 500 km cargo and passenger train route from Uzbekistan, through Afghanistan via Kabul, and on through Pakistan, essentially giving landlocked Uzbekistan an outlet to the Arabian Gulf.

Those plans are obviously on hold, at least for now.

Afghanistan is home to a large Uzbek minority, mostly in the north of the country. They were among the core, along with ethnic Tajiks, of the anti-Taliban Northern Alliance which clung to bits and parts of the north before the U.S. led coalition invaded.

Now there is a serious concern in Tashkent about their fate at the hands of the Pashtun-dominated Taliban.

A parliamentary member raised the question about how to ensure the safety of ethnic Uzbeks in Afghanistan. However, there was no indication of what if any options the authorities in Tashkent had.

The sudden fall of Kabul has heightened the already tense situation on the Tajikistan-Afghan border as well. On Monday, the secretary-general of the Russian-led Collective Security Treaty Organisation (CSTO) announced that they were closely monitoring the Tajik-Afghan border and that CSTO exercises would soon be carried out in the area.

CSTO Secretary General Stanislav Zas said: “In the event of an aggravation of the situation and a threat to the security of the Republic of Tajikistan, all the necessary collective measures, stipulated by the charter documents, will be taken to provide assistance to the ally.”

Zas stressed that Tajik forces are in full control of the border and that there is no need at present to use the full CSTO mechanisms.

However, Tajikistan is much poorer and less organized than Uzbekistan, and the border has long been regarded as leaky.

Uzbekistan until recent years mined the border with neighbour Tajikistan due to fears of drug smuggling and the infiltration of militants from Afghanistan.

On Sunday a senior Afghan Interior Ministry official said Afghan President Ghani had fled Kabul for Tajikistan. However, on Monday the Tajik Ministry of Foreign Affairs denied the claim, adding no request for the president, who fled the country as the Taliban closed in on Kabul, to come to Tajikistan was ever made.

In the southwest Tajik city of Bokhtar on Monday, the regional airport did allow an Afghan plane with 100 military personnel aboard to land after an “SOS” call from the aircraft, government officials said.

But there was no information about whether Afghan refugees were crossing into Tajikistan along the long, rugged frontier.

However, there were conflicting reports about air traffic. One report said 18 planes had flown between Tajikistan and Afghanistan.

Locals in Bokhtar reported “many planes” arriving overnight. Online flight radar portals showed many flights moving between Afghanistan and Tajikistan, with most landing in Bokhtar.

According to the local news outlet Asia Plus, the head of the local airport and the Tajik Foreign Ministry denied the digital information, saying just 2 planes had landed from Afghanistan and were humanitarian in nature.

Next month Tajikistan will host the CSTO Security Council in the capital Dushanbe. Afghanistan will no doubt be the main topic of discussion.