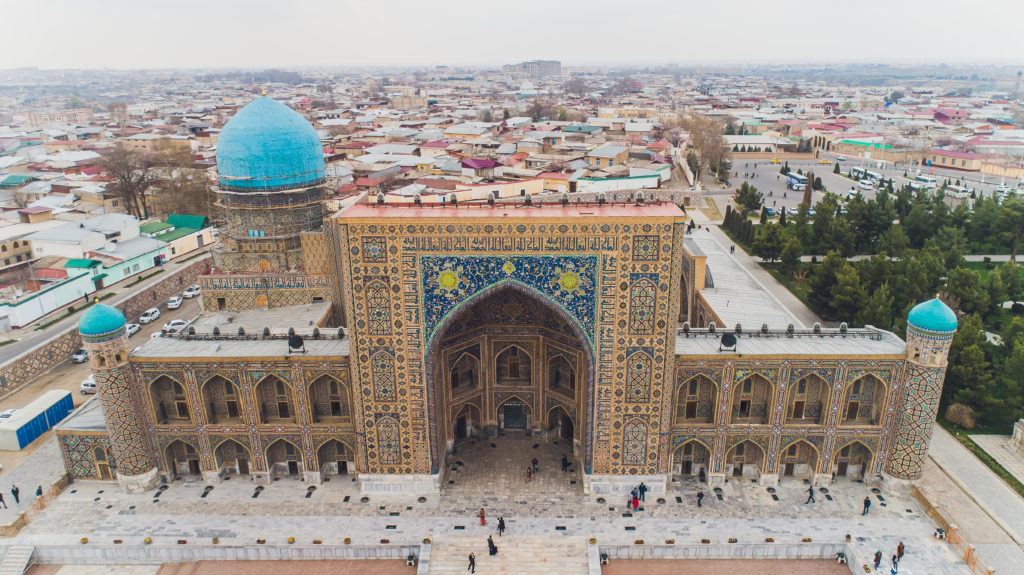 Uzbekistan, already attracting heavy curiosity among foreign investors due to its radical break with its formerly state-controlled economy, continues to accelerate reforms.

The government of President Shavkat Mirziyoyev is on a non-stop effort to totally overhaul the economy and image of Central Asia’s largest country – 35 million strong and full of untapped potential.

Uzbekistan was long regarded as one of the most closed countries on earth, consistently ranking in the bottom ten in terms of economic indicators, ease of investment, and transparency.

But since the death of long-time leader Islam Karimov in late 2016, Mirziyoyev, himself a former Prime Minister under Karimov, has been on a mission.

It introduced special courts for investors to air grievances and ended the notorious practice of forcing state workers to collect the country’s massive cotton harvest, among other steps.

HUB FOR DARING VENTURES IN AFGHANISTAN

Uzbekistan already raised eyebrows by encouraging its firms to get involved in investments in neighbouring Afghanistan at a time when the U.S. is pulling out militarily, and other investor countries are spooked by unrest or the Taliban.

Tashkent’s ventures include internet services and a bold rail project connecting Uzbekistan to Pakistan via Afghanistan – and thus to the Indian Ocean.

U.S. special representative on Afghanistan Zalmay Khalilzad also took part, as did more than a hundred foreign and local experts and political scientists from forty countries.

Afghanistan’s role as a “regional bridge” as well as multilateral investments was a major theme.

The planned $5 billion rail project linking Uzbekistan with Pakistan via Afghanistan and the Indian Ocean, 600 kilometres long, was a headline event, as was a high-voltage power transmission line along roughly the same route.

Tashkent representatives also made clear that it was foolhardy to ignore the Taliban and that peace and big economic projects will depend on reconciliation, including the Taliban.

The government published a slick guide, with the assistance of foreign governments and advisors, of how to do business in the country.

The Ministry of Investments and Foreign Trade, in cooperation with the U.S. Agency for International Development (USAID), PricewaterhouseCoopers, and the United Nations Development Program (UNDP), has produced a report entitled “Cost of Doing Business in Uzbekistan, 2021,” a “one-stop-shop” for those looking to do business in the country.

“This report is useful…for the development of proposals to further improve and simplify the processes of doing business in Uzbekistan,” said Sardor Umurzakov, Uzbekistan’s Deputy Prime Minister and Minister of Investments and Foreign Trade.

“Reforms in Uzbekistan have become irreversible and are aimed at creating a new look for the country, committed to the development of economic market principles,” he added.

The report provides a comprehensive outline of the major costs involved in investing in the country, such as enterprise registration, labour costs, taxes and tax incentives, licensing, foreign trade procedures, customs payments and preferences, business services, logistics and other relevant business information, down to social services costs.

It also highlighted the Uzbek Customs service’s new automated information system. High tariffs and corruption had been a hallmark of the difficulty of doing business until recent years.

“The availability of transparent and reliable data in the Cost of Doing Business in Uzbekistan 2021 is a huge step towards more sustainable investments…in the country,” she said in a U.S. Embassy press release.

The report provides a comprehensive outline of the major costs involved in investing in the country, such as enterprise registration, labour costs, taxes and tax incentives, licensing, foreign trade procedures, customs payments and preferences, business services, logistics and other relevant business information, down to social services costs.

Against the backdrop of ongoing policy changes, the total volume of foreign direct investment (FDI) to Uzbekistan grew to $4.2 billion in 2019 from about $1.6 billion in 2018. Over the past five years, Uzbekistan has significantly improved its position in the World Bank’s 2020 Doing Business Report and was named one of its top 20 “global improvers”.

The report also highlights problem areas. They include the government’s poor progress in reducing the domination of state-owned monopolies in the economy, non-transparent public procurement, concerns over the protection of private property and intellectual property rights.

At the same time, the government set up a new Strategic Development Agency to lure foreign investment.

The government also announced that presidential elections would be held on October 24. Four officially registered political parties are eligible to put up candidates, but President Mirziyoyev is expected to prevail easily given the enormous administrative advantages.