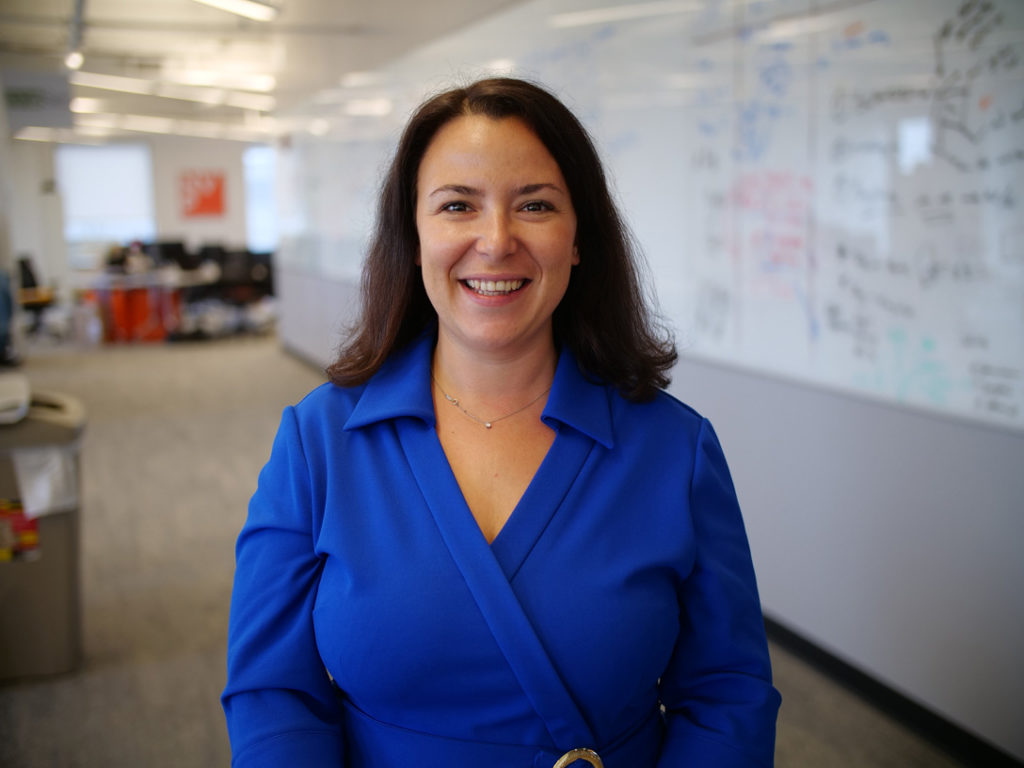 Based in: Miami, United States

Education: Kharkiv University & The Wharton School at the University of Pennsylvania (MBA)

Vlada Lotkina was born and raised in the Ukrainian city of Kharkiv. From a young age, she was very involved in her father’s business of importing designer furniture and household appliances from Europe, attended the negotiations and was involved in managing the accounts. Lotkina’s parents knew the value of a good education and made sure their daughter was receiving the best one possible. They set very high standards for Lotkina, who met those standards as a teenager by organising a successful and well-attended international symposium.

Lotkina’s experience working in her father’s business gave her the confidence to begin her own business venture at just 17. It was a product design consulting service using a network of 150 product designers in Ukraine. In this first business venture, she had to convince international clients to invest not only in her business but in the entire brand and image of Ukraine. The business was a success and received the Ukrainian government’s “Golden Fortune” Award.

After completing her bachelor’s degree, Lotkina was determined to move to the U.S. and study there to learn from innovative companies at the forefront of their industry. She applied to the three top MBA (Master of Business Administration) programmes in the country and was accepted into the Wharton School at the age of 22.

After graduating from Wharton in 2008, Lotkina wanted to start her own business immediately but knew she needed a visa sponsorship to continue living in the U.S. In order to secure a visa sponsorship and receive a green card, she took a corporate job at Boston Consulting Group and later worked as a senior director at Dell.

The idea for ClassTag, a parent-teacher communication app, came about a few months after Lotkina’s daughter started kindergarten. Lotkina was overwhelmed by the amount of information she was receiving from different channels, from handwritten notes to signup sheets on the doors, to emails, texts, and the school website. She discovered that parents in her daughter’s class felt the same way and Jason Olim, who had a son in the same class and also happened to be a serial entrepreneur and former CEO of a successful company, teamed up with Lotkina to co-found ClassTag and solve the issue themselves. ClassTag was launched in 2016.

Lotkina knew in order for ClassTag to grow she had to offer it as a free product first and gain revenue from family-friendly brand promotions. ClassTag also became more accessible by becoming available in 55+ languages. ClassTag manages to keep parents engaged by gamifying the process so, as Lotkina explains, “the more parents engage with the teacher by doing things like volunteering and reading messages, the more classroom supplies they can get for their child’s classroom, for free, from our brand sponsors”. ClassTag has attracted brands such as Amazon, H&M, Penguin Random House, National Geographic Explorer, and Clorox. By 2019, ClassTag had managed to raise $2.7 million in seed capital from a coalition of investors, including Founder Collective, Newark Venture Partners and Trail Mix Ventures.

While most businesses suffered during a lockdown, the need for efficient communication for remote learning meant that ClassTag succeeded exponentially and opened new business lines. The first new business line Lotkina opened was eCommerce, where donations collected for teachers can be used to purchase items for the classroom. Lotkina knew these donations were essential as “I was shocked to learn that 92% of teachers are spending on average $500 out of pocket on essential supplies.” In 2020, Lotkina launched a SaaS product ClassTag Connect, an all-in-one engagement platform that helps schools build flourishing communities from classroom to district and engages all parents by using insights and accessibility across languages and acquisition channels. Due to the enlargement of ClassTag during the pandemic, the company is predicted to triple its revenue in 2021.

ClassTag currently has 25,000 schools participating, 5 million engaged parents, $3 million in rewards for teachers and has received $8.9 million in venture capital funding. Lotkina knew it would be hard to raise this amount of money for her start-up as the tech-ed industry was already overcrowded, even back in 2015. Despite being female and an immigrant, CEOs and founders who invested in ClassTag did not have any bias towards Lotkina. She states that many other entrepreneurs and business people in the U.S. are well-travelled and many of them grew up in foreign countries, making them more sympathetic to Lotkina’s journey and background and therefore more likely to invest in her product.

This year, Lotkina was recognised by the American Consortium for Equity in Education as one of the Top 20 Women Leading the Education Industry.

Quote: “I avoided setting easily achievable goals for myself, and that led to a lot of hard work and determination.”