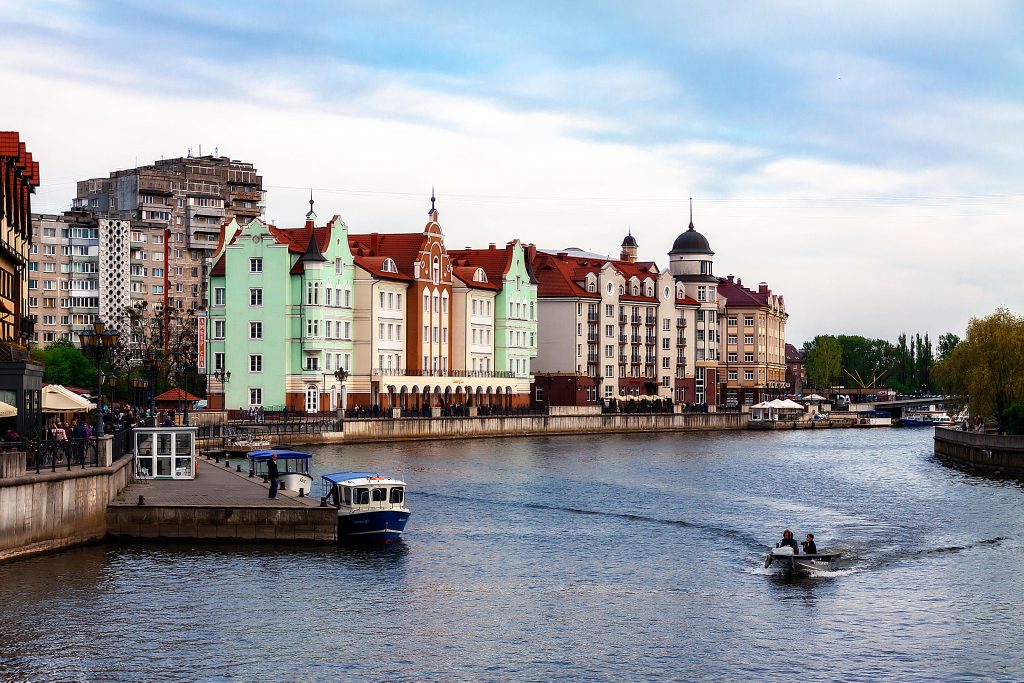 Situated on the coast of the Baltic Sea and enclosed by Poland and Lithuania, the Kaliningrad oblast is a unique territory of Russia, separated from its main landmass. Its position within Central and Northern Europe, turbulent historical and cultural legacy, as well as current geopolitical importance, make the Kaliningrad region an appealing region for tourism.

Historically, the city of Kaliningrad, known as Königsberg, played a key role in the Duchy of Prussia, being the country’s capital from 1525 to 1701. During the Seven Years’ War, Königsberg and the surrounding region was briefly under the control of the Russian Empire, which lasted between 1758 and 1762. However, Russia had negligible influence on the region at the time.

It was two centuries later, when a pivotal moment shaped the city’s and region’s history. The Red Army’s advance that ended German involvement in World War II saw the occupation of Northern Prussia and Königsberg by Soviet forces in 1945. Seizing control of the region in the post-war treaties, the region and the capital were subsequently renamed Kaliningrad.

Modern Kaliningrad, now part of Russia, poses little economic, but crucial geopolitical importance to Russia. Being encompassed by two NATO-member countries, Poland and Lithuania, the deployment of short-range ballistic missiles in Kaliningrad is used by Russia as an important deterrent against NATO during times of increased tensions.

Kaliningrad is now in large part inhabited by ethnic Russians, who populated the region after 1946. Most of the German legacy of Kaliningrad now lies within the region’s buildings and architecture. Distinct buildings of Brick Gothic style remain scattered across Kaliningrad, blended with the brutalist Soviet architecture.

The Baltic Sea access also endows the region with multiple natural attractions. From vast beaches and dunes to islands and peninsulas, it is worth exploring Kaliningrad outside of the capital city.

As with the majority of Russian regional destinations, Kaliningrad is also relatively affordable to travel. Accommodation prices start at $250 for a week-long stay, while a meal for 2 is priced at $30 on average.

How to get there: the Kaliningrad region is served by the Khrabrovo airport, with more than 10 daily flights arriving from Moscow. International destinations currently include Germany’s Berlin and Dusseldorf, Kazakhstan’s Almaty and Nur-sultan, as well as Antalya, Turkey. Flights from Riga and Warsaw are also due to resume in May 2022.

While rail links with Europe are not well established, there are a number of international buses from German and Polish cities connecting with Kaliningrad. Road border crossings with Poland and Lithuania remain a popular entry point for car travellers.

Time of year to visit: summer months are ideal to visit Kaliningrad, as temperatures range between 21°C to 23°C. April and May are also a good time to visit the region, as these months feature the smallest amount of rainfall and are also less busy with tourists. Autumn and winter months are colder, and windy conditions are likely to make the trip less enjoyable.

Documents:  citizens of only 35 countries have visa-free access to Russia and for remaining visitors, a tourist visa application must be submitted. It is processed for up to three weeks and may cost up to $160. In 2021, Russia suspended the introduction of the simplified e-visa process due to the ongoing pandemic, but plans remain to introduce the system in near future.

German historical and architectural legacy is among the key attractions in the region’s capital. The Königsberg Cathedral, Brandenburg Gate and the Fishing Village are the most well-preserved sites, with distinct architecture not featured anywhere else in Russia. Kaliningrad is also home to many museums that depict the region’s history and nature. Most notably, the museum of the world ocean, amber museum and the B-413 submarine museum are too unique to be missed. The city centre  has plenty of parks, making Kaliningrad a very green city.

Globally, Kaliningrad is often known for it being the birthplace of one of the world’s most influential philosophers, Immanuel Kant. Having lived in Königsberg for his entire life, Kant’s legacy is featured across the city, from a dedicated monument to a university in his name.

Located parallel to the region’s coastline, the Curonian Spit is a unique geographic formation that stretches for 98 kilometres inside the Baltic Sea basin. A very thin stretch of land, it is formed primarily of sand dunes, forests and beaches, with the width of the spit ranging from 400 to 3,000 metres. The land is split between Russia and Lithuania, and the entire formation is classified as a UNESCO World Heritage Site. Hiking and enjoying the remote and pristine beaches are the main activities of this destination.

In close proximity to the city of Kaliningrad, Fort Donhoff is the most well-preserved component of Königsberg’s defence system, built in 1882. Featuring the red-brick architecture, the Fort was one of 12 forts surrounding Königsberg and ensuring its defence. The current site features a museum, artifacts from the German history of the city, as well as cultural and artisan activities.

The vast coastland of the Kaliningrad region gave rise to many smaller coastal towns, each with its distinct features and appeal. The town of Svetlogorsk is a resort town with numerous sanatoriums, beaches and a relaxed lifestyle. The Yantarny settlement features organised beaches on its extensive coastline, while it is also home to Kaliningrad’s amber industry, which is still active today. The town of Baltiysk, located on a different spit formation, features numerous fortresses from the Prussian past and is now an important cargo and passenger port, as well as a naval base host. Finally, Zelenogradsk town is known for mineral water baths, as well as fishing.