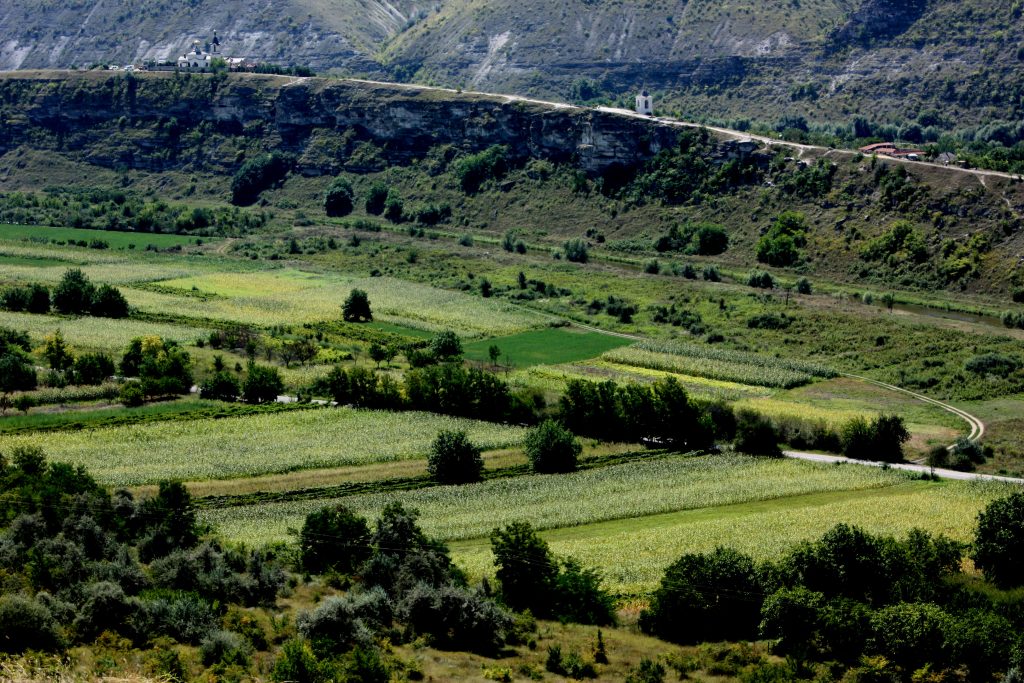 Tucked between Ukraine and Romania, Moldova is a country usually overlooked by tourists when travelling to Europe. Moldova is situated within three natural zones – forest, forest-steppe, and steppe. Forests occupy around 11 percent of the territory, mostly in the central and northern areas. Moldova is also the location of 2,200 natural water springs, which in terms of therapeutic values, are similar to the world-famous mineral waters in Borjomi, Georgia. The sunny plateaus, plains, and plentiful streams make this fertile land a perfect place for growing grapes and the history of winemaking in Moldova dates back to 3000 BC.

Most of the modern-day Moldovan territory was the principality of Moldavia, which existed from the 14th century until 1812 as a vassal state under the Ottoman Empire. After 1812, Moldova was part of the Russian Empire until the 1917 revolution, when Moldova became part of Greater Romania. It reverted back to Soviet control briefly in 1940–41 and again after World War II, when it was joined to a strip of formerly Ukrainian territory. In August 1991, during the collapse of the Soviet Union, Moldova proclaimed its independence. Ukraine and Moldova reached an agreement in 2005 ensuring Moldova’s access to the Black Sea, ending its landlocked status. The unrecognised breakaway region of Transnistria, controlled by Russian-speaking separatists who broke away from Soviet Moldova in the 1990s. lies across the Dniester on the country’s eastern border with Ukraine.

Moldova’s ancient towns, traditional lifestyle, unspoilt nature, and intriguing culture will enchant every traveller’s heart. Moldova’s land is rich and fertile, the climate is mild and it was known as the Garden of the Soviet Union. Moldova’s countryside is potted with buttercup-yellow monasteries and wineries, while the capital city, Chişinău, offers a unique blend of Romanian and Soviet architecture. Although Moldova is labelled as the least visited country in Europe, instead of deterring people this title should make it the perfect destination for travellers who have already visited most of Europe and want to escape the well-worn paths and crowd-packed tourist attractions.

Chișinău International Airport, located 13 kilometres southeast of the city centre, serves all major European destinations as well as Turkey, Israel, Egypt, Georgia, and Armenia. Inside Chișinău, trolleybuses and taxis are inexpensive. No journey outside Chișinău is too arduous, as swarms of minibuses ferry travellers to just about any Moldovan border in a few hours. You can take a bus or train to Chișinău from Bucharest; the overnight bus takes 9 hours and costs 17 euros while the train takes 13 hours and costs 12 euros.

Moldova has a moderate continental climate; summertime temperatures can soar above 30°C and can sink as low as -10°C in winter. The annual Wine Festival in early October is one of the country’s calendar highlights.

Citizens of 103 territories including those who hold EU, US and UK passports can enter Moldova without a visa for a period of up to 90 days within any 180-day period.

Situated 50km north of Chişinău, Orheiul Vechi, is located in the village of Butuceni, where a small bridge over the Răut river takes you to the trailhead for a 15-minute hike up to the Cave Monastery, Orheiul Vechi’s best known attraction. There are two museums in Butuceni. One is near the bridge inside the Orheiul Vechi Exhibition Centre. It contains objects recovered during archaeological digs and also sells a handy English-language map and guide of the complex. The other museum is a small ethnographic museum in Butuceni village proper.

The complex of rooms and tunnels cut into a rocky ridge above the Răut River holds immense historical and cultural significance. The Orthodox monastery is still inhabited by a handful of Orthodox monks, who maintain the church at the top of the hill. The caves are still functional as chapels. The caves contain an array of historical artifacts and Old Church Slavonic inscriptions dating from the 1690s, which testify that the Hajduk, romantic bandits or guerrillas, took shelter in the caves, while hiding from enemies of the Ottoman empire. All exploration is done on foot, and it takes around half a day to see everything.

This mighty place has witnessed the Tatar and Mongol invasions and archaeological excavations have revealed artefacts from the Palaeolithic, Eneolithic, and Iron Age. The natural beauty of Orheiul Vechi and its stunning features; caves, ruins, monasteries, baths, and fortifications are the main reasons for Orheiul Vechi being the best sightseeing place in Moldova.

From Chişinău, take the marshrutka to Butuceni, which departs from opposite the Central Bus Station entrance. The trip costs 1.30 euros, takes around 75 minutes and departs five or six times daily. The last trip back is at 18:20 in the summer. A round-trip by taxi should not cost more than 40 euros.

Just 30 minutes from the capital is Cricova winery, the second-largest underground winery in the world and a must-do experience while visiting Moldova. Cricova is 120 kilometres of complex roadways above ground and an elaborate tunnel system underground which has been in place since the 15th century, when the limestone was dug out to build Chişinău. This wonderful “wine city” includes warehouses, underground tasting rooms, and guided tours. You can travel 100 metres below ground and take a look at 1.25 million bottles of wine. Above ground, in Cricova the grapevines naturally decorate the place but what is most interesting about Cricova is that all the streets are named after wines. The wine industry has been rapidly growing in Moldova since its independence, which means it’s worth bringing a bottle or two home.

The fantastic Tipova Cave Monastery is built into cliffs that tower some 200 metres above the Dniestr River in the tiny village of Tipova, 95 km northeast of Chişinău. The oldest complex is the Church of the Feast of the Holy Cross which dates back to the 11th century. The other churches are the Church of St Nicholas (14th century) and Horodiste (16th century). If you follow the path past the caves, you’ll enjoy a nice nature hike that ends at a waterfall. Within each cave are monks’ cells, enough for up to 700, although now there are fewer than 20 living there. The newest chamber, the Dormition of Our Lady cave complex (15th century), houses an active church and a small museum. Along with their religious role, these complexes played an important role in defending the medieval Moldovan state against attacks by the Mongols and other invaders. To reach the Tipova Cave Monastery take the marshrutka to Tipova, which takes two and half hours from Chişinău’s North Bus Station.

The “Holy Trinity” Monastery of Saharna, situated about 110 km north of Chişinău’ on the right side of the Dniester river, is considered to be one of the biggest centres for religious pilgrimages in Moldova. You can find the unique relics of St. Cuvios Macarie, and on the top of the high cliff, according to a legend, there is a footprint of Saint Maria. The legend says that a monk from the monastery once saw the shining figure of Saint Maria on the top of a rock. When reaching that spot, the monk saw a mark of a footstep on the ground. This vision was considered to be a divine announcement and evidence of the holy purity of this place. Near this spot, a new wooden church was built, and the “Holy Trinity” monastery was founded in 1777. Later, the wooden church was replaced by a brick one built in an old Moldavian style, decorated with frescos. Saharna is also a fantastic place for nature lovers. The hike around the monastery has some spectacular panoramic views and 22 serene waterfalls, Gipsy Hole being the most popular.

Chişinău, Moldova’s capital, is also worth spending a few days in. You can spend quality time in a great number of museums, including the Army Museum, National Museum of Ethnography and National History, the National Archaeology and History Museum, and the National Art Museum. Chişinău has no shortage of green space, parks, and historical buildings. There are plenty of restaurants, bars, and art galleries to visit and it is worth exploring the Nativity Cathedral and Pushkin Park.